As small businesses begin laying off staff amid financial turmoil, there are fears for the future of Australian apprentices. The government has offered to pay half their salaries, but is it enough?

At 21, Jo Street is considered a 'mature age' apprentice, with many tradies beginning training in their teens.

Jo is from the NSW Central Coast and in his first year of a four-year traineeship. He works fulltime with a shipbuilder while attending Sydney's Ultimo TAFE one day a week.

Jo is learning the ancient skill of boat building from Simon Sadubin, a craftsman with decades of experience restoring and building timber boats.

Jo dreams of one day opening a yard of his own and he is proud to have earned a position to learn from someone whose work he deeply respects.

“Oh, definitely. Simon's one of the few people doing this left in the country. So it's a very meaningful thing,” he told SBS News. 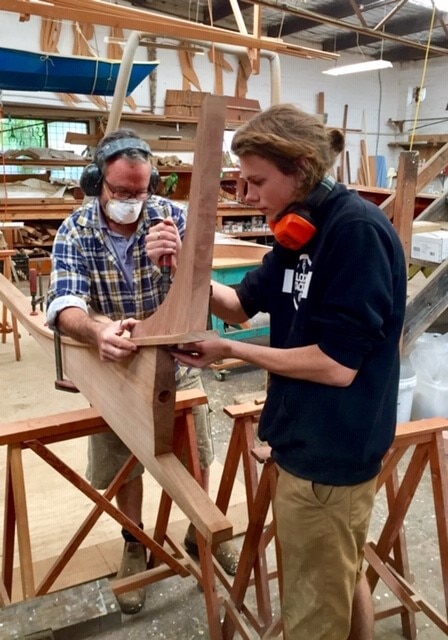 Mr Sadubin started Sydney Wooden Boats in 2012 and has his own workshop at Mona Vale, on Sydney’s northern beaches. He admits the rigours of boat building aren’t for everyone.

“For somebody to want to do this trade, they have to be really passionate about it,” he said.

The yard usually employs four workers, two apprentices and two shipwrights, but business is now slow amid the economic downturn caused by drought, bushfires and the COVID-19 crisis.

“We've just seen things really contract because a lot of our potential clients are people who have retired and are funding themselves from their savings. And as things have got gloomier, they've pulled back,” Mr Sadubin said.

They finished a major commission recently and he is hoping for another large project this month. If it doesn’t come through though he will be forced to pay Jo’s $700 a week salary from his own savings.

Support for small businesses and apprentices

Earlier this month, the government announced apprentice subsidies that will benefit up to 70,000 small businesses, by paying half of an apprentice's wage for nine months in a bid to save jobs.

The total cost is estimated at more than $1.3 billion.

“It's one of the best initiatives that the federal government has put in place, to pay half the salary of apprentices,” Small Business Ombudsman Kate Carnell said.

“Apprentices and trainees are fundamental to business productivity, so we have to keep that training happening.” 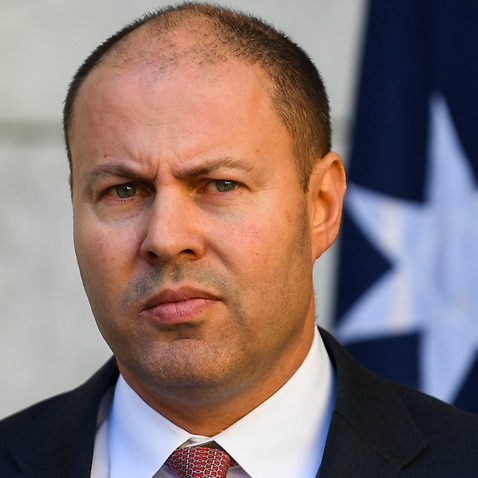 Co-owner Edith Paarhammer says if the company qualifies for the 50 per cent subsidy it would save the business more than $43,000 over nine months.

“We will only know [if we are eligible] once we can apply from 2 April,” she said.

The Paarhammers migrated to Australia from Austria and now run two businesses, both manufacturing and importing window materials.

They also hope to be eligible for a $100,000 cash flow boost for small businesses, announced by the government on Sunday, to help them keep employing staff.

The minimum payment for eligible businesses will be $20,000 and paid in the form of a full rebate on income tax withholdings. The government hopes it will benefit 690,000 businesses and 7.8 million workers.

“It will help small business keep the doors open, and keep their business trading. And that’s what they need right now,” Ms Carnell said.

But the Ombudsman warned businesses to examine their cash flow carefully. ‘Don’t forget about us’: Temporary visa holders appeal for aid as advocates call for package

For small businesses unable to hold onto apprentices, the subsidy will be available for a new employer backdated from 1 January until 30 September 2020.

For owner-operators like Mr Sadubin, every effort to protect apprenticeships is appreciated.

“The whole thing about timber boat building and many traditional trades, it is all based around the apprenticeship.

“I was lucky enough to be the beneficiary of an apprenticeship when I started out and that is how I really learned the hands-on techniques and tips of the trade.

“So, to me, it's a really important part of keeping a trade functioning properly.”

For more details on the new apprentice subsidies, visit australianapprenticeships.gov.au