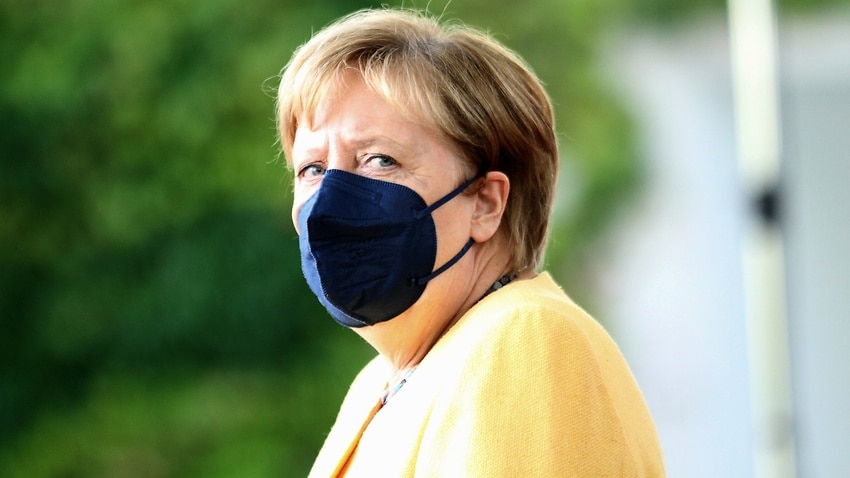 Pragmatic. Patient. A source of stability in times of political turmoil.

Over the past 16 years, presidents and prime ministers have come and gone, but German Chancellor Angela Merkel has remained in power. Often the only woman in the room and frequently the voice of reason.

But once Germany’s post-election coalition talks conclude, the Merkel era will end.

A pastor’s daughter raised in East Germany, Merkel obtained a doctorate in quantum chemistry and worked as a research scientist.

After the fall of the Berlin wall, her political career began.

Despite first winning a seat in the Bundestag in 1990, she still considers herself a political outsider.

“She’s not so much interested in the external glamour of power and that’s a big advantage, of course,” says her biographer Ralph Bollman.

That’s not to say she doesn’t play political games. You have to - if you’re to serve four terms as chancellor.”

“She’s very patient, that’s the thing she learned in communism. She can wait until her enemies destroy themselves.”

For many Germans, the key moment of Merkel’s time in office was her decision to accept almost one million migrants at the height of the 2015 refugee crisis.

Despite facing significant criticism, she famously told the nation “we’ll manage this”. It became a slogan for the national effort to help accommodate those arriving from war-torn Syria.

“If we now start having to apologise even for showing a friendly face in emergency situations, then this is not my country,” she said at the time.

Khaled Kaiyali fled Syria at the end of 2015, making the dangerous journey through the Balkans and finally reaching Germany.

Now settled in Berlin, he earned a master’s degree and is working on humanitarian efforts to assist other refugees.

“Angela Merkel opened the borders for refugees. It was a courageous decision,” he tells SBS News.

“Giving each one of us a chance to start a new life, it is something I really appreciate.”

Merkel’s compassionate decision fuelled a rise in support for the populist right, propelling the Alternative for Germany party into the political mainstream.

“The fact that the AFD came into being at all has essentially to do with Angela Merkel's politics. You could say she was a kind of obstetrician,” says Heike Hanefeld, an AFD candidate in Berlin.

“People came into the country uncontrolled. To put it bluntly, Angela Merkel brought Germany to the brink.”

'The Queen of Europe'

Merkel’s departure may be felt more deeply in Brussels than Berlin.

She will leave a void at the European Union, where her interventions were often pivotal during crises.

“Angela Merkel was that person who managed to build consensus, to get all EU countries to agree to a particular position,” says Georgina Wright, head of the Europe Programme at think tank the Institut Montaigne.

“She was that person who was able to - through her relationships, through her experience - bring countries together.”

Given Germany’s economic might, Merkel’s successor will still play a pivotal role in European politics.

But French President Emmanuel Macron has long positioned himself as the heir to her title as the unofficial leader of Europe.

It’s often said that German voters value stability above all else. That might explain why after 16 years in office, Merkel’s personal approval rating remains significantly higher than any of the candidates hoping to replace her.

When she announced her plans to retire, a ‘Merkel Must Stay’ petition went viral.

With her husband Joachim Sauer, left, and then-French president Nicolas Sarkozy and his wife Cecilia in 2007. Source: AFP/Getty Images

“I’m not your typical conservative voter, but she has some traits I find very appealing in a leader,” says Tina Skulima, the petition’s creator.

“She has this style; she’s so calm, she’s intelligent and she’s a scientist. She does things her own way, using her analytical style.”

Read More
The soft side of one of the world's toughest women: Merkel marzipan

Even those who are seeking to force Merkel’s conservative CDU party into opposition have respect for her time as leader of Germany.

Ana-Maria Trasnea is a candidate for the centre-left SDP.

“She governed the state in a stable way,” she says.

“From a gender perspective, I think it’s important that Angela Merkel made it so normal to be a woman in power.”

Angela Merkel was often the only woman in the room, pictured here at a G8 meeting in 2007. Source: Gamma-Rapho/Getty Images

But while Merkel has steered Germany through multiple crises, she has faced some criticism for not having a bolder vision of the country’s future.

“I think it’s not that we’ve not seen change in this country, but it has often been reactive change,” says Dr Swen Hutter, a political analyst at Berlin’s Free University.

“I mean, she survived all these crises, but I’m not sure how we’ll remember her legacy in two decades.”

Angela Merkel addresses the last rally of the CDU and its sister party the CSU in Munich last month. Source: AFP/Getty Images

Yet her biographer thinks history will be kind, given the increasingly polarised nature of politics across the globe.

“In these struggles of the future to come, many people will think those 16 years of Angela Merkel have been the age of stability, wealth a good life,” Bollman says.

Merkel herself seems content for others to determine her legacy.

Asked about her plans for the future, all she would say is that she needs to take a nap.