As the UN urges countries to do more on climate change, Scott Morrison sticks to Tony Abbott's plan

As the UN head calls on countries to do more on climate change, Prime Minister Scott Morrison is steadfastly stuck to the pledge Tony Abbott made for Australia. 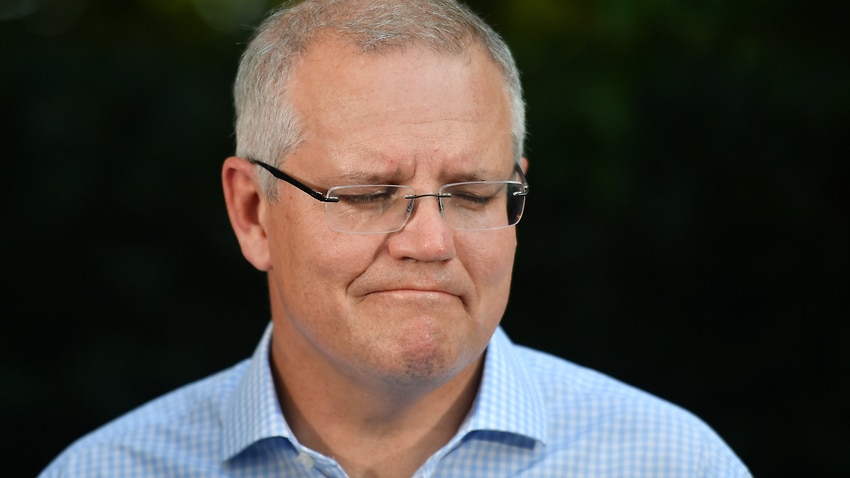 Australia won't be getting a long term plan to cut its emissions any time soon.

United Nations Secretary-General Antonio Guterres has warned the climate emergency "is a race we are losing" and called for countries to lift their commitments to cut emissions.

"This is not a climate talk summit. We have had enough talk," he said at a UN climate meeting on Monday.

"This is not a climate negotiation summit. You don't negotiate with nature. This is a climate action summit."

Nearly 70 countries - about two-fifths of those signed up to the Paris Agreement - have indicated they will increase climate action.

But Prime Minister Scott Morrison is holding fast to Australia's target of cutting emissions by 26-28 per cent from 2005 levels by 2030.

"I'm committed to what I took to the Australian people; that was 26 per cent for 2030 and that's what we'll achieve," he told reporters in Chicago, where he gave a foreign policy speech while the climate summit was opening in New York.

Read More
Treat China like a grown-up, says Scott Morrison on US tour

Asked if he felt the need to say something about longer-term targets in response to Mr Guterres, Mr Morrison said: "Not at this point."

The question of emissions cuts has been a vexed one for the coalition and was part of the reason the Liberals dumped Malcolm Turnbull as leader a year ago.

Instead of stronger emissions targets, Mr Morrison is focused on practical environmental actions, like reducing plastic waste and cleaning up oceans.

"On Wednesday, when I give the national statement in the UN General Assembly, I'll be focusing very much on Australia's response to the global environmental challenges, which isn't just climate change," he said.

He also suggested China should now be treated as a developed - rather than developing - economy in addressing global environmental challenges.

"If you look at the projections on emissions out to 2030, what you'll see is Australia meeting its commitment, you'll see the United States ... their emissions are heading in the same direction, they're flatlining," he told reporters.

"But the emissions increase is actually happening a lot of those countries, China included.

"And if the goal is to reduce emissions, then you obviously got to focus on the places which have the largest emissions."

"You have stolen my dreams and my childhood with your empty words, and if you choose to fail us I say - we will never forgive you," she said.

"People are suffering. People are dying. Entire ecosystems are collapsing. We are at the beginning of a mass extinction - and all you can talk about is money and fairytales of eternal economic growth."