The security of the Asia Pacific region, and smoothing over relations between the United States and Australia, will be the priorities for US Vice President Mike Pence's visit.

Security in the Asia Pacific region will be at the heart of talks this weekend during a two-day visit by US Vice President Mike Pence.

His trip down under comes at the end of a 10-day tour which has included stops in South Korea, Japan and Indonesia.

Given North Korea has been more vocal about its nuclear missile ambitions the trip could not have come at a better time.

The vice president's already moved to allay security fears in the region and is calling for back-up from allies. “Mike Pence is visiting Australia with the hope that Australia will remain a staunch ally and the local sheriff for the region,” Australian National University researcher Leonid Petrov told SBS News.

His main message in Australia will be one of reassurance, to calm any fears about the unpredictability of the Trump administration.

He has also moved to repair the United States’ relationship with Australia in general after a heated phone call between President Donald Trump and Prime Minister Malcolm Turnbull in January.

During the phone call President Trump described a refugee resettlement deal signed under the Obama Administration as the worst deal ever.

“Pence will be trying to reassure Australia that the US is fully committed to the US-Australia alliance after the phone call between President Trump and PM Turnbull,” Dougal Robinson from the United States Studies Centre told SBS News.

President Trump has since committed to honouring the deal which will see asylum seekers from Manus Island and Nauru resettled in the United States.

“It is very noteworthy that this is a very early visit. I believe the earliest visit by a vice president to Australia in the new administration,” he told ABC’s 7.30 program.

“Our alliance with the United States is vital, the commitment is so deep on both sides. It will survive many prime ministers and many presidents.”

His visit will also give an insight into what the Trump administration has planned in terms of trade after it abandoned the 12 nation Trans-Pacific Partnership.

Mr Pence is travelling with his wife and two daughters.

They will take in some of Sydney’s sights while in Australia, including the Opera House and Taronga Zoo. 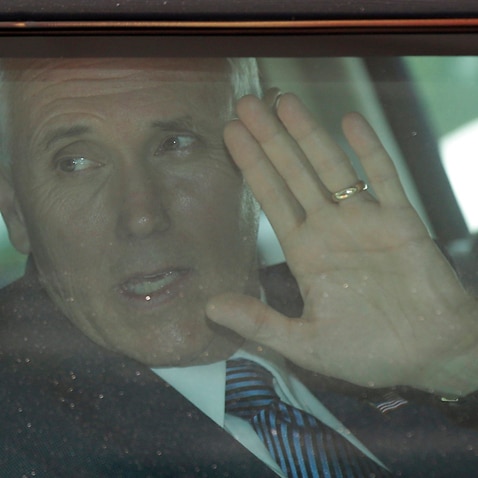 US working with allies on N.Korea: Pence