Could the mere name on a HSC subject cost its students a future job? School authorities are taking no chances, but some observers fear they haven't gone far enough.

School authorities in NSW will change the names of language courses confined to students of Asian background following concerns that employers could use the labels to discriminate against job seekers.

But critics say it is a change in name only and that discrimination will continue – because HSC students who have had limited exposure to their family languages will still be segregated in classes that are too hard for them.

The former president of the NSW Anti-Discrimination Board, Stepan Kerkyasharian, warns students will continue to abandon the study of their languages because they do not want to risk lower marks and “jeopardise their careers”.

The NSW Board of Studies has confirmed that from next year it will stop using the course names Background Speakers and Heritage, which have been categories only for the four main Asian languages – Chinese, Japanese, Indonesian and Korean.

It says the Anti-Discrimination Board asked it to consider alternative names “so that students were not identified by race or ethnicity or descent”. 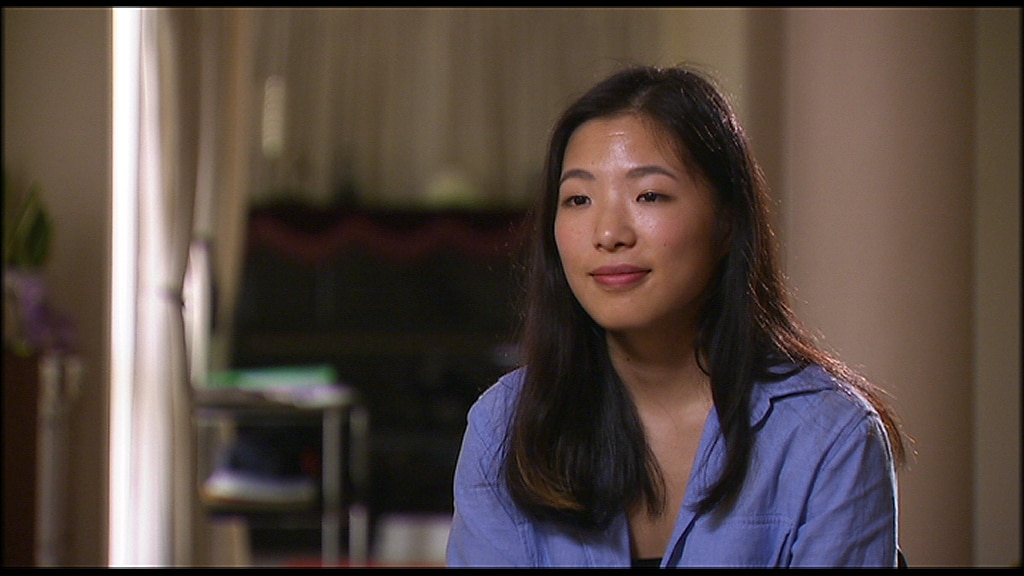 The ATAR effect influenced Lisa Hu: "If I had chosen heritage Mandarin, that would have put a risk on my mark, and I might not have been doing medicine."
SBS

The Background Speakers and Heritage courses have been confined to students with roots to the Asian languages, while HSC students with no cultural links to these languages can take the Continuers or Beginners courses.

The fear was that a racist employer, for instance, could look at job applicants’ HSC records, label them as Asian and exclude them from consideration – perhaps even from granting them an interview.

As a result, the courses will be renamed, so Heritage Mandarin will become Mandarin in Context. Japanese Background Speakers will become Japanese and Literature, and so on.

But the same students will sit in the renamed categories, and the Board of Studies has confirmed there will be no change to the syllabuses.

“A dog is a dog is a dog,” says Ken Cruickshank, a University of Sydney associate professor of education who has led a five-year study on the decline of language study at schools. “Sorry … You’re not changing any of the outcomes.”

Mr Kerkyasharian has the same concerns. He told SBS: “Certainly it makes it look better from a cosmetic point of view. I would regard that as being a lot of progress. But the substance of the matter has not really changed because the problem has been the selection criteria.

“Students are selected on the grounds of their ethnic background, or the country in which they’ve lived, whereas to my understanding, and to any person approaching education logically, it should be on the basis of the students’ knowledge of the language.”

Students with the same cultural background often have vastly a different command of the language. Some will be fluent, others barely so, but they must compete in the same courses.

A third-year medical student at the University of NSW, Lisa Hu, remembers it well. She was born in Australia and was educated in English, but she grew up speaking Mandarin and her grandparents’ dialect, Suzhou, a very different language.

Lisa believed she would have performed well in Heritage Mandarin, but not as well as others more deeply immersed in the language. Her mark, she calculated, would therefore have been scaled down when it came to competing for a place in university with her ATAR score - her Australian Tertiary Admissions Rank.

“If I had chosen Heritage Mandarin, that would have put a risk on my mark, and I might not have been doing medicine like I am today,” she tells SBS.

She is among thousands of students opting out of their family languages for the HSC.

As SBS reported yesterday, a study by Dr Cruickshank and colleagues from two other universities blames the ATAR effect for much of the dropout from community languages at schools. 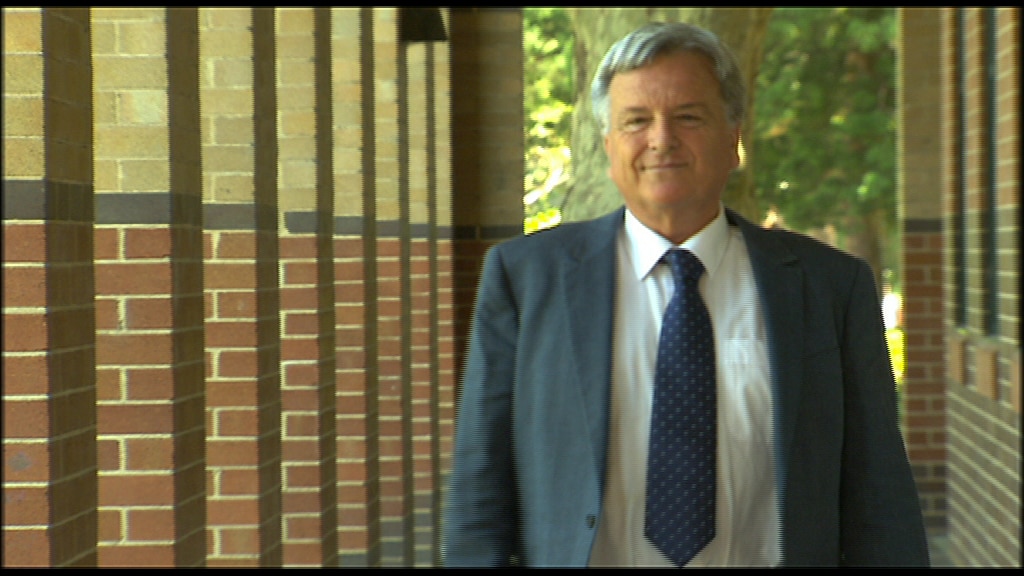 They did much worse after scaling than students of French and German, courses typically taken at independent and wealthier schools.

But the Background Speakers/Heritage hurdle presented yet another reason for students to abandon their family languages - uneven competition in their own ranks.

Background Speakers have grown up immersed in their parents’ language, often having lived in their home country before settling in Australia. Heritage students, typically born in Australia, have been educated in English and have grown up with varying levels of fluency in their family language at home.

Once categorised by their principals, these students are not allowed to join the other classes in their languages: Continuers, typically for students who have been studying the subject as a second language since year 7, or Beginners, who have done no more than 100 hours before year 11.

The idea is to level the playing fields for each course.

“But in actual fact,” says Dr Cruickshank, “it doesn’t look at fluency. It’s typecasting and stereotyping students by their background.

Lisa Hu agrees. “One thing I noticed when my year was picking between Continuers and Heritage was that if you had an Asian, say, last name, they put you in the Heritage category.

“Some of my friends, they could come from a Chinese background but not Mandarin-speaking. So they could speak Cantonese or another dialect.”

Still, they were lumped in with much more fluent students in Heritage Mandarin.

“In fact, their ability doesn’t reflect that and a lot of them dropped out because they thought it’s all going to be too hard.”

Dr Cruickshank says changing the names of the courses has done nothing to address that problem.

“Students who have a language background other than English are still going to be put in courses that are too hard for them, and where they get low ATARS,” he says.

Mr Kerkyasharian predicts more dropouts. “Now we all know the High School Certificate is, at the end of the day, as much a numbers game as it is about knowledge. Students choose very carefully what subjects they might do in order to maximise their entrance marks.

“To penalise those students and say ‘You know the language just because you speak it at home’ is farcical. It’s not assessing the actual knowledge but basing it on circumstantial evidence.

By the same logic, Kerkyasharian says, “All children born and living in Australia – if we’re going to use the yard stick of the Board of Studies – should be forced to do the highest level of English. And that doesn’t make sense.”

The tragedy, he says, is this: “We are seeing a very great reduction in the number of students taking languages at a time when there are more natural speakers of the language, and more people with knowledge of the culture, who are now abandoning that. They’re abandoning that because they don’t want to jeopardise their careers.” Louisa Hu chats with her grandfather in his dialect. He does not speak Mandarin but Louisa does - and she plans to persevere with it for the HSC.
SBS

Lisa Hu’s younger sister, Louisa, says she will not be among the many dropping out. She is in year 8 and has a couple of years to worry about that decision, but she is confident she can score highly in Mandarin.

“I guess my Chinese ability is probably higher than what my school teacher’s is,” Louisa tells SBS.

She is considering physiotherapy as a career and believes her strength in languages will be help her patients. It’s already helping at the Smith Family, where she volunteers.

Harris Kostanti, too, hopes he will still be studying his family language for the HSC.

But the ATAR will be a consideration, the Australian-born year 9 student he discloses at the Greek Orthodox Community language school.

HSC Greek, unlike the main Asian languages, does not separate first-language speakers from the rest. Harris wonders if it should.

Leveling the playing field is a tricky business.

Lisa Hu thinks about the new names for the Heritage and Background Speakers courses.

“I guess, superficially, it will definitely get rid of the stigma associated with that. But if the category still exists, I think that still separates the people.” 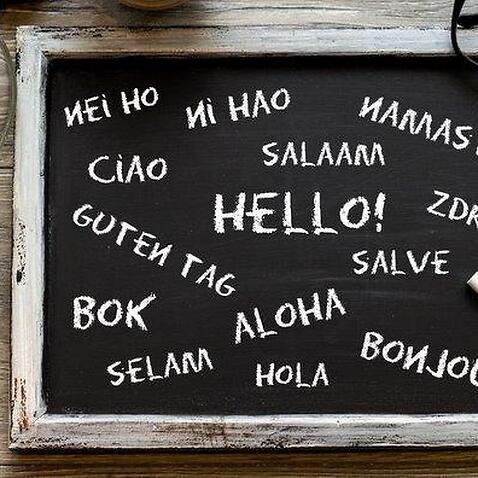 Our languages, a national resource, in 'terminal decline'