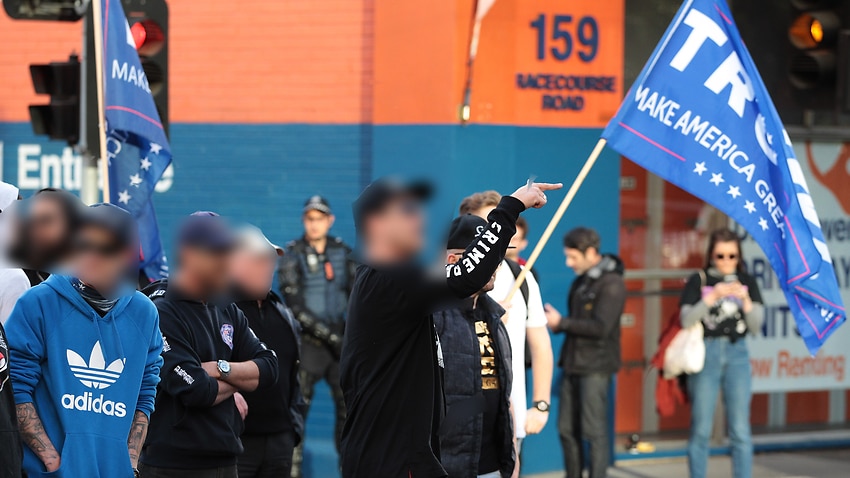 Extreme right-wing terrorism has increased in Australia and become more organised according to the Australian Security and Intelligence Organisation.

The spy agency's annual report, authored by Duncan Lewis, who has since retired as director-general, suggested a sophisticated weapons attack launched by far-right extremists was "possible", although lone wolf attacks were more likely.

"The threat from the extreme right wing in Australia has increased in recent years. Extreme right-wing groups in Australia are more cohesive and organised than they have been over previous years, and will remain an enduring threat," the report stated.

The Christchurch mosque shooting that claimed the lives of 51 people in February has shifted some of the terrorism focus onto the increasing threat of the far-right in Australia.

"This threat is not something new, but current extreme right-wing networks are better organised and more sophisticated than those of the past."

“The point is this: I don't care if it's Islamist inspired or supremacist inspired if it represents a threat to the Australian people it should be taken seriously,” he said.

“And I'm telling you now, based on the briefings I've received, we are not taking this seriously. We reckon that we're only following a few people on this issue here in this country.”

"Shifts in the world order continue to unleash forces of change that will be with us for generations. One result is the terrorist threat to Australia has become real and dangerous," Mr Lewis said in his review.

In 2018-19, ASIO resolved or investigated 12,478 counter-terrorism leads resulting in the disruption of three planned terror attacks.

Heightened levels of espionage and interference - combined with greater awareness of the twin threats - are stretching ASIO's resources.

"Our capacity to provide our partners with advice is being outstripped by demand," the spy agency said in its annual report.

"The significant growth in demand for our advice will continue to present a challenge for ASIO, necessitating a continued focus on the most valuable activities in collaboration with our strategic partners."

"With the terrorist threat showing no signs of significantly decreasing, ASIO has limited scope to redirect internal resources to address the increasing gap between demand for our counter-espionage and foreign interference advice and our ability to furnish this assistance," Mr Lewis said in the annual report.

He expects demand to grow.

"ASIO will need to build new capability and capacity to meet current and future demand for our trusted advice and expertise," he said.

"We will necessarily prioritise our finite resources - across our counter-terrorism, counter-espionage and foreign interference, border integrity and protective security advice programs - towards addressing activities of the greatest potential harm to Australians and Australian interests."

ASIO measures its performance against eight criteria, but fell short in two areas.

The first was in providing advice to national security partners, helping them disrupt and defend against "harmful espionage, foreign interference, sabotage and malicious insiders".

The second area ASIO only "partially achieved" its target was in collecting foreign intelligence in Australia that advances the nation's security interests.