The federal government says its plan to make it illegal for asylum seekers who try to come to Australia by boat to ever enter aligns with international law.

The new laws would see anyone who arrived in Australia by boat from 2013 banned from ever entering the country, including on tourist and business visas.

"We are absolutely confident in terms of the constitutionality and that we meet our international obligations," he said.

The Immigration Minister would retain the right to allow people into the country if they deem it to be in the public interest.

The laws will not apply to minors who arrived by boat.

One Nation Senator Pauline Hanson welcomed the proposed changes, telling Channel Seven, " think we need to make a very tough stance and put out a clear message: refugees are not welcome here".

On Sunday, when the policy was announced, she tweeted:

Good to see that it looks like the Government is now taking its cues from One Nation. Just like last time. #auspol #PHON #Nauru #Manus https://t.co/c0GQew7vR8

"Those who are already here rebuilding their lives in our communities must be allowed to stay," he told reporters in Melbourne on Sunday.

"Those who've spent three years on a painful road to nowhere on Nauru and Manus should be brought back to safety in Australia."

People who need protection shouldn't be punished for seeking help, Mr Webb said. "We need to open up safe pathways to protection, rather than just closing unsafe ways," he said. 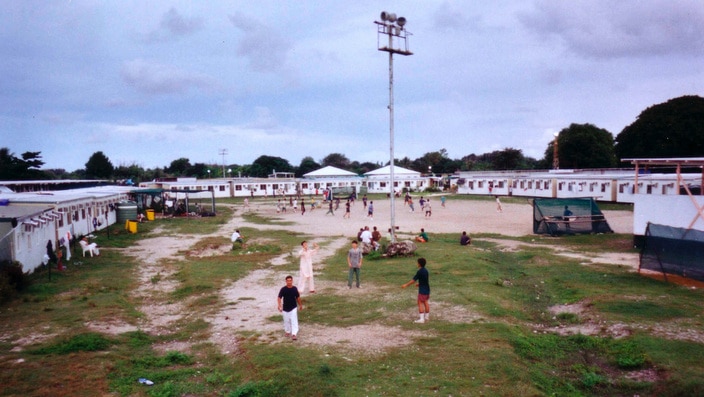 Supplied file photo of the refugee camp on the Island of Nauru.
Supplied

The Migration Act will be amended to ensure that asylum seekers who try to come to Australia by boat are forbidden from the country for life, Prime Minister Malcolm Turnbull announced on Sunday.

The amendment will "prevent irregular maritime arrivals taken to a processing country for making a valid application for an Australian visa," including those found to be refugees.

It is expected to be passed in the next parliamentary sitting week and will also apply to those asylum seekers taken to offshore processing centres at Manus in PNG and Nauru since July 19, 2013. 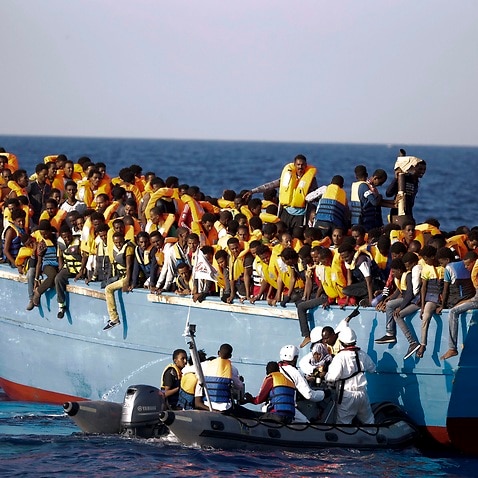 Often the terms ‘migrant’, ‘refugee’ and ‘asylum seeker’ are used interchangeably - but they have specific meaning and attached legal definitions.

Mr Turnbull told a joint press conference in Sydney that Australia had "one of the most generous humanitarian programs in the world" that could only continue because the country was "in command of its borders".

"A generous humanitarian program, a harmonious multicultural society depends on the Australian government being in control of its borders.

"It depends on us sending a united and concerted answer to the people smugglers that if they seek to bring people to Australia those passengers will never settle in this country.

That absolutely, unflinching, unequivocal message has to be loud and clear."

Mr Dutton said the announcement was one of the strongest that the Coalition had made in relation to immigration policy.

"It has to be a very clear message to people smugglers and to people on Nauru and Manus at the moment that Australia is not an option for you," he said.

"There are still people, advocates in Australia and elsewhere, messaging to people on Nauru and Manus, at some stage you'll come to Australia. And those people are living in false hope and it cannot continue." 'This is a battle of wills'

Mr Turnbull said the planned Migration Act amendment was introduced to mitigate "the mess" that was "left by Labor [under former prime minister Kevin Rudd]".

He described the 2007-2010 Rudd Labor government as having outsourced the country's humanitarian program to people smugglers.

"This is a battle of will between the Australian people, represented by its government and these criminal gangs of people smugglers," he said.

"You should not under-estimate the scale of the threat. These people smugglers are the worst criminals imaginable.

They have a multibillion-dollar business. It is a battle of wills. We have to be very determined to say no to their criminal plans."

About 50,000 asylum seekers on board 800 boats arrived to Australia under the previous Labor government, according to the Turnbull government.

Almost 2000 children have been put in immigration detention in Australia, and there have been about 1200 deaths at sea.

Mr Turnbull went on to claim there had been no boat arrival in more than 800 days – a border protection system that he said was “absolutely fundamental to the harmony of our multicultural society and our ability to generously accept humanitarian refugees from around the world”.

Labor frontbencher Brendan O'Conner told Sky News he was sceptical about the proposed change. "With any legislation you want to look at it, see whether in fact it is fair and reasonable and is consistent with our own commitments internationally."

The Queensland Green Party lambasted the government, saying it's "not illegal to seek asylum".

Amnesty International described the proposed change as a breach of international law, "punishing asylum seekers and shirking responsibility" while Elaine Pearson, the director of Human Rights Watch Australia lambasted the move, calling it "malicious and unnecessary".

Article 14 of the Universal Declaration of Human Rights, which Australia is a signatory to, states that: "people have the right to ask for asylum in another country, if they fear persecution".