Three Palestinian asylum seekers have been hospitalised in Darwin after they staged a hunger strike to draw attention on the year they have spent in detention waiting for their refugee claims to be processed, activists say.

Three male asylum seekers have been hospitalised after going on a hunger strike, the Refugee Action Coalition says.

The coalition released a statement saying the three Palestinians were among 16 asylum seekers, 11 Palestinians, one Iraqi and two Lebanese, who began a hunger strike nine days ago at Darwin's Wickham Point detention centre.

SBS News contacted the Department of Immigration and Border Protection to verify the claims but has not received a response yet.

The coalition's statement said the 16 hunger strikers were among a group of 27 asylum seekers who were transferred from Nauru in November 2014, 14 months after they were charged in relation to the July 2013 riots on Nauru. 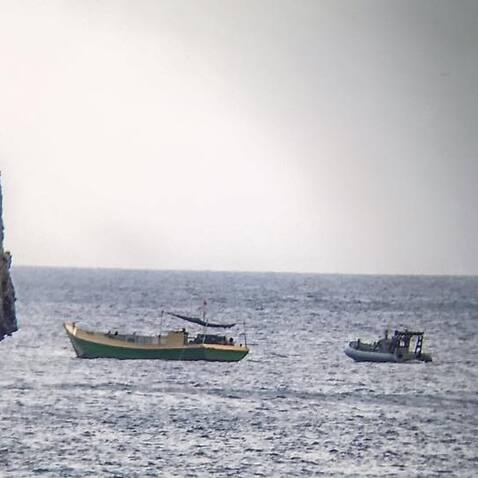 Since that time they have been waiting to have their applications for bridging visas to be processed, coalition spokesman Ian Rintoul said.

"The injustice is obvious," he said.

"The department of immigration has broken the promises made to these asylum seekers. Everyone who followed the case, understood that they would be released on bridging visas a year ago.

"These guys should be released. There is no excuse for keeping them in detention. It is arbitrary detention and bureaucratic delay at its worst."

The 27 men were told if they pleaded guilty to "unlawful assembly" in relation to the riots, and served some community serivce on Nauru, they would be released in Australia while their refugee claims were assessed, the coalition claims.

The coalition's statement said all the other asylum seekers who had been on Nauru prior to July 2013 had been granted visas and were living in the community.

The three Palestinians were taken to hospital on Sunday and on Saturday night both of the Lebanese asylum seekers cut their wrists in desperation, the coalition said.