Nearly 60 people were killed when suicide bombers blew themselves up in two separate mosque attacks in Afghanistan on Friday, officials said, capping a bloody week in the war-torn country.

In the first attack, on a Shiite mosque in the Afghan capital Kabul, at least 39 people including women and children were killed and 45 others wounded when a suicide bomber exploded his device as worshippers gathered for evening prayer.

"Unfortunately this evening a suicide bomber detonated himself among the worshippers inside a mosque in Dasht-e-Barchi neighbourhood of Kabul city," Kabul police spokesman Abdul Basir Mujahid told AFP.

"I was in the mosque bathroom when I heard a blast. I rushed inside the mosque and saw all the worshippers covered in blood," Hussain Ali told AFP.

"Some of the wounded were fleeing. I tried to stop someone to help me help the wounded but everyone was in a panic. It took ambulances and the police about an hour to reach the area." Social media users launched an online campaign calling on people to donate blood for the wounded being treated at two hospitals.

Police initially said a gunman entered the Imam Zaman mosque in a heavily Shiite neighbourhood in the west of the city and opened fire on worshippers.

There was no immediate claim of responsibility for the grisly attack but recent assaults on Shiite mosques in Afghanistan have been carried out by Islamic State militants, who belong to the rival Sunni branch of Islam.

In the second assault, a suicide bomber detonated himself in a Sunni mosque in the impoverished and remote central province of Ghor, killing at least 20 and wounding 10, Danish said.

A senior local police commander who is believed to have been the target of the attack in Dolaina district was among the dead, district governor Mohsen Danishyar told AFP, although there was no immediate claim of responsibility.

Danishyar put the death toll as high as 30. 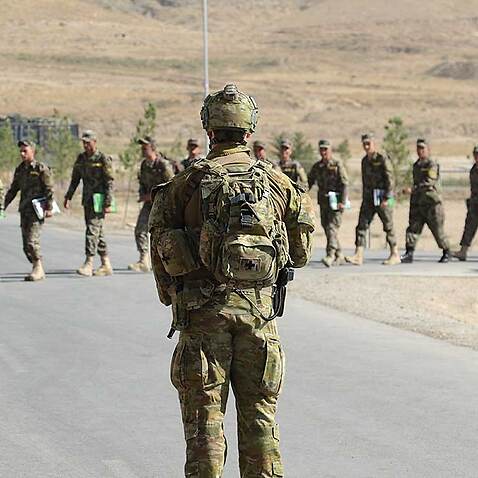 The attacks cap one of the bloodiest weeks in Afghanistan in recent memory, with more than 120 people already killed and hundreds more wounded in four separate Taliban attacks on police and military bases.

Including Friday's victims at the two mosque attacks, the death toll for the week now stands at more than 180.

In three of the Taliban attacks the assailants used bomb-laden Humvees stolen from Afghan government forces to blast their way into targets, as militants step up direct attacks on security installations.

The last attack on a Shiite mosque in Kabul happened on September 29 as Muslims prepared to commemorate Ashura, one of the holiest days in the Islamic calendar. 'Where is my name?' Afghan women seek right to identity

Six people were killed when a suicide bomber posing as a shepherd blew himself up near Hussainia mosque, one of the biggest Shiite centres in the city, as worshippers gathered for Friday prayers.

An attack on another Shiite mosque in the city on August 25 killed 28 people and wounded around 50 others.

Four attackers who set off explosions and fired gunshots laid siege to the mosque in the north of the capital for four hours as dozens of men, women and children had gathered for Friday prayers.

In recent years, the Taliban and Islamic State jihadists have repeatedly targeted the minority Shiite community, who number around three million in overwhelmingly Sunni Afghanistan.