'Attack on democracy': Experts fear misinformation will thrive on Facebook under news ban

Experts say Facebook’s decision to block Australian news sites from its platform will have a significant effect on democracy, with the potential to allow misinformation to thrive. 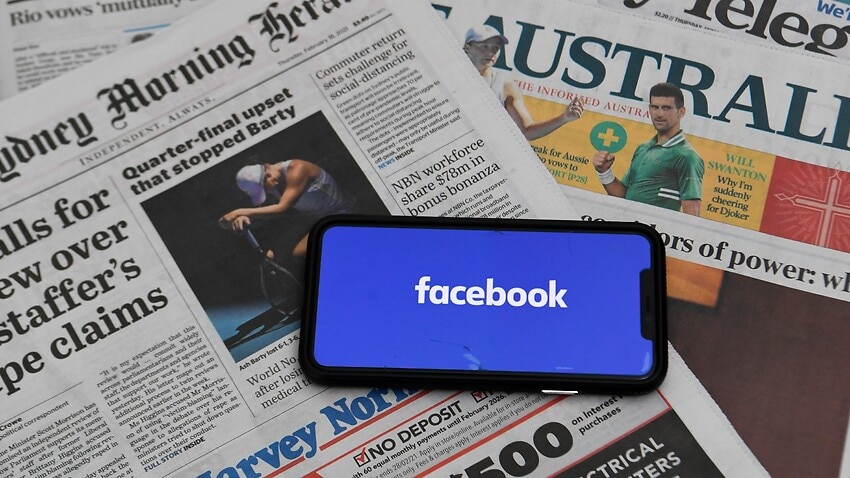 For years, Facebook has been under intense pressure to stamp out fake news and misinformation.

But now that fact-checked news from reputable media organisations can no longer be posted, there are concerns the social media giant will become a haven for misinformation and false news.

Read More
Facebook has blocked local and international news in Australia. This is what that means for you

“In the absence of links to fact-checked information, what we will see is a whole lot more conjecture and speculation,” said Belinda Barnet, a senior media lecturer at Swinburne University of Technology.

On the day that Facebook bans credible news sources in Australia, the sixth most interacted post in the country related to vaccines in the last 12 hours is disinformation.

No fact-check. Nothing. Just disinformation. pic.twitter.com/YquuPbeKHK

With little warning, Facebook moved on Thursday morning to stop Australian news outlets sharing content. The news ban, which Facebook had previously threatened, was in response to the government's new media bargaining code.

According to Australia's competition watchdog, the code was designed to fix "power imbalances between Australian news media businesses and digital platforms, specifically Google and Facebook".

In just a few hours of the ban taking effect, the impact on news organisations was clear.

News posts were among the most interacted with by Facebook users on Wednesday. By Thursday, the top-10 lists were held by sporting codes, political figures and police pages.

Tim Graham, a senior digital media lecturer at Queensland University of Technology, said there was a risk the Facebook decision could give credence to disreputable pages.

“It will skew upwards the illegitimate or disreputable or problematic sources,” he told SBS News.

“What they're going to find is the drabs or the kind of borderline, sort of entertainment-type sources that are also covering that topic but doing it in a problematic way.”

For example, the page of one of the biggest anti-vaccination groups in Australia remains active.

Dr Graham said that as of Thursday afternoon Rebel News, the far-right commentary website that controversial Melbourne activist Avi Yemeni contributes to, had also not been banned.

“It's that kind of content that I think is going to be sort of self-selected for more visibility because it’s still there, and the actual news mainstream news organisations and media are not.”

Among the concerning potential consequences of Facebook’s ban on news in Australia is how it could affect marginalised communities and multicultural groups.

Federation of Ethnic Communities Council chair Mary Patetsos said it was “absolutely critical” any information provided to multicultural groups on Facebook was accurate, given many communities relied heavily on Facebook for their news.

“Having created this dependency on it, we now have to work out how to work around if it doesn't provide that capability anymore,” she told SBS News.

“It's been a real risk. Any information that goes out that is inaccurate, we have to work very hard to undo this.”

In a statement, SBS Australia - which had several of its news pages banned under the move - said it was “extremely disappointed” that Facebook would no longer share critical COVID-19 information on the vaccine rollout that it delivered in over 60 languages to Facebook users.

“For many, Facebook is their primary source of information and removing trusted news sources like SBS puts people at greater risk of consuming misinformation," an SBS spokesperson said in a statement.

Dr Graham said older Australians who had learnt how to use the internet on Facebook were another risk category.

“People who have learned to use the internet and to use computers over the last 10 years will have done so with Facebook," he said.

“I do think that there is a risk, because many people will use Facebook predominantly to search for information, even in Australia.

“I think if people don't have the skills... they are potentially going to fall prey to being exposed to whatever's left on the platform.”

Well, that’s a tantrum. Facebook has exponentially increased the opportunity for misinformation, dangerous radicalism and conspiracy theories to abound on its platform. Even more important to subscribe to a news outlet you respect. I suggest @smh obvs pic.twitter.com/6gwopjZJt0

Facebook’s decision to introduce the ban with just days to go before the nation’s critical vaccine rollout, was also heavily criticised.

“It couldn't have come at a worse time for the rollout of the vaccine,” said Chris Cooper from Reset Australia, which is part of a global movement to combat misinformation.

"But certainly this would remove any shred of social licence that the company has to make such reckless decisions at a time like this."

However, some experts say misinformation had thrived on Facebook even with the presence of news organisations on the platform.

“Misinformation has emerged at a time when we already had trusted news on the platform,” James Meese, a senior media lecturer at RMIT University told SBS News.

“So I think the real issue is realising that, you know, misinformation is a social problem. Sure, trusted news helps, but it's not a silver bullet that's going to solve all of the problems that occur around misinformation.”

In a statement, Facebook said its commitment to combat misinformation had not changed.

“We are directing people to authoritative health information and notify them of new updates via our COVID-19 Information Centre,” a company spokesperson said.

Share
Published 19 February 2021 at 6:03am
By Rashida Yosufzai
Topics
CoronavirusAustralia