CCTV footage released by Japan's Fuji TV purports to show the deadly assault on Kim Jong Nam, the half-brother of the North Korean leader, in Malaysia.

CCTV footage purportedly showing the deadly assault in Malaysia on the half-brother of North Korean leader Kim Jong-un by a woman, who is believed to have wiped a fast-acting poison on his face, has been released by Japanese broadcaster Fuji TV.

Kim Jong-nam died last Monday a short time after the attack in the departure hall of Kuala Lumpur International Airport, where he had been preparing to take a flight to Macau.

Malaysian police have detained four suspects - a Vietnamese woman, an Indonesian woman, a Malaysian man, and a North Korean man - and are on the hunt for four other North Koreans who fled the country on the day of the attack. 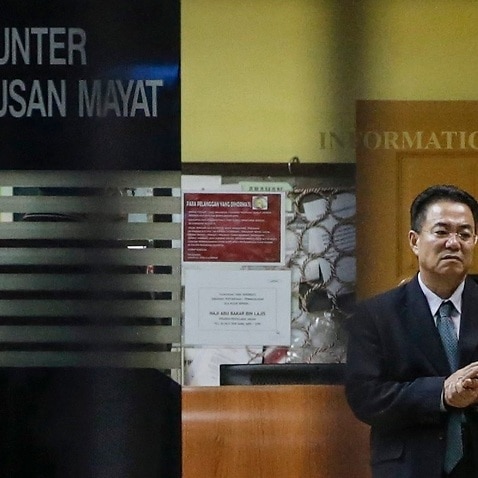 The grainy closed circuit television footage, which has been released on several websites on Monday, shows from two different angles a woman wearing a white top grab a man's face from behind with both hands and walk away.

A second woman is also seen walking swiftly away in another direction after the assault, though it is unclear if she had participated in the attack.

The portly, balding middle-aged man is seen stumbling and wiping his face after the assault, and later clips show him seeking help from people while gesturing to his face and then being escorted to a clinic.

More footage shows him inside the clinic seeking medical assistance.

Reuters could not independently verify the authenticity of the videos, and police officials were not immediately available for comment.

In a press conference on Sunday, the police said the victim complained to the airport customer service personnel that two women had "wiped his face with a liquid".

The killing has triggered a diplomatic spat between Malaysia and North Korea, which has opposed an autopsy and demanded that the body be handed over directly.

Police have said the four North Korean suspects fled Malaysia on the day of the attack, but declined to give details. According to The Star, a Malaysian daily, they returned to Pyongyang via Jakarta, Dubai and Vladivostok.

South Korean and US officials believe Kim Jong-nam was killed by agents from the reclusive North.

South Korean Prime Minister Hwang Kyo-ahn told a meeting of South Korea's National Security Council on Monday that it was nearly certain that North Korea was behind the killing of Kim Jong-nam, the eldest son of the late North Korean leader Kim Jong Il.

Kim Jong-nam, 46, who has been living in the Chinese territory of Macau under Beijing's protection, had spoken out publicly against his family's dynastic control of the isolated, nuclear-armed nation.

Meanwhile Malaysia's foreign ministry has summoned North Korea's ambassador over allegations he had made over the Southeast Asian country's handling of the investigation into the murder of Kim Jong-nam.

Malaysia also recalled its envoy from Pyongyang "for consultations", the foreign ministry said in a statement.

The ministry said the North Korean ambassador Kang Chol was summoned for "an explanation on the accusations he made against the government of Malaysia in his press conference on 17 February 2017.

"In his press conference, the ambassador ... insinuated that ... the Malaysian government had 'something to conceal'. The ambassador also alleged that Malaysia was 'colluding and playing into the gallery of external forces'," the statement said. 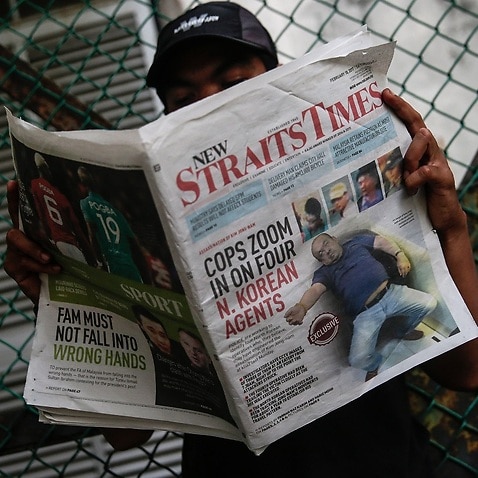