The AFP has raided the ABC offices in Sydney over a series of stories on Australia's elite special forces in Afghanistan.

Separate police raids on the national broadcaster and the home of a News Corp Australia journalist are a serious attack on the freedom of the press and threaten democracy, critics say.

Federal police officers raided the ABC's Sydney offices on Wednesday over stories published in 2017 that suggested Australian troops may have committed war crimes.

AFP officers are raiding @abcnews Ultimo offices over a series of 2017 stories known as ‘The Afghan Files’ by our ABC investigations colleagues @danielmoakes and @sclark_melbs. A disturbing time to be an investigative journalist in australia @withmeaa #ABCraids pic.twitter.com/uYCGJBmlYi

.@AusFedPolice raiding our offices in Sydney. On a roll this week. Who’s next? #ausmedia#auspol

AFP has raided the ABC Sydney offices over a series of 2017 stories known as 'The Afghan Files'...search warrant names ABC investigative journalists @sclark_melbs and @DanielMOakes as well as ABC News Director @gavmorris

The AFP action in Ultimo comes a day after officers searched the Canberra home of News Corp journalist Annika Smethurst over a 2018 story detailing an alleged government proposal to spy on Australians. The ABC vowed to protect its sources as officers searched through staff emails and phones.

"It is highly unusual for the national broadcaster to be raided in this way," ABC managing director David Anderson said in a statement on Wednesday afternoon.

"This is a serious development and raises legitimate concerns over freedom of the press and proper public scrutiny of national security and defence matters."

The AFP have been at the ABC for almost two hours now. Techs are continuing to search through ABC servers with lawyers supervising. @TheLyonsDen is keeping watch. You can read more from my investigations colleague @knowleslornak here: https://t.co/aZDYvthPbY pic.twitter.com/oFDo7j4psm

Mr Anderson said the ABC stood by its journalists, would protect its sources and continue to report "without fear or favour" on national security and intelligence issues.

The media union said the dual raids were a disturbing attempt to intimidate legitimate journalism in the public interest.

"This is nothing short of an attack on the public's right to know," MEAA media section president Marcus Strom said in a statement.

"Police raiding journalists is becoming normalised and it has to stop."

The union argued national security laws passed in recent years had been designed not just to combat terrorism but also to persecute whistleblowers who sought to expose wrongdoing. Strom demanded to know who'd ordered the raids and why they only came after the federal election, given the stories were published in 2017 and 2018.

The ABC said Wednesday's raid was in relation to a July 2017 story that revealed hundreds of pages of secret Defence Force documents that gave "an unprecedented insight into the clandestine operations of Australia's elite special forces in Afghanistan including incidents of troops killing unarmed men and children".

The ABC reported at the time that some of the cases detailed in the leaked documents were being investigated "as possible unlawful killings". 'Our laws are being upheld': Morrison shrugs off raid on journalist's home

The Australian Federal Police said Wednesday's raid was "in relation to allegations of publishing classified material" and followed a referral on July 11, 2017, from the Defence Force chief and the then-acting secretary for Defence. Security staff at the main entrance to the ABC building located at Ultimo in Sydney.
AAP

The AFP said the ABC warrant was not linked to the Canberra raid 24 hours earlier.

Prime Minister Scott Morrison overnight brushed off concerns about Tuesday's raid saying "it never troubles me that our laws are being upheld".

But the Australian Lawyers Alliance says the raids are a disturbing attempt to harass and bully journalists and their sources.

"This is frightening stuff," spokesman Greg Barns said in a statement.

"Both stories are clearly within the public interest. This intimidating behaviour by the police poses a serious risk to our democracy."

The police action targeting reporters has alarmed many journalists, who have raised concerns about freedom of the press.

Labor has requested a briefing on the raids from the Home Affairs Minister Peter Dutton's office.

"Minister Dutton must explain what he knew about these two raids – one on a journalist’s home and one on the ABC," Labor home affairs spokesperson Krisina Keneally said in a statement. 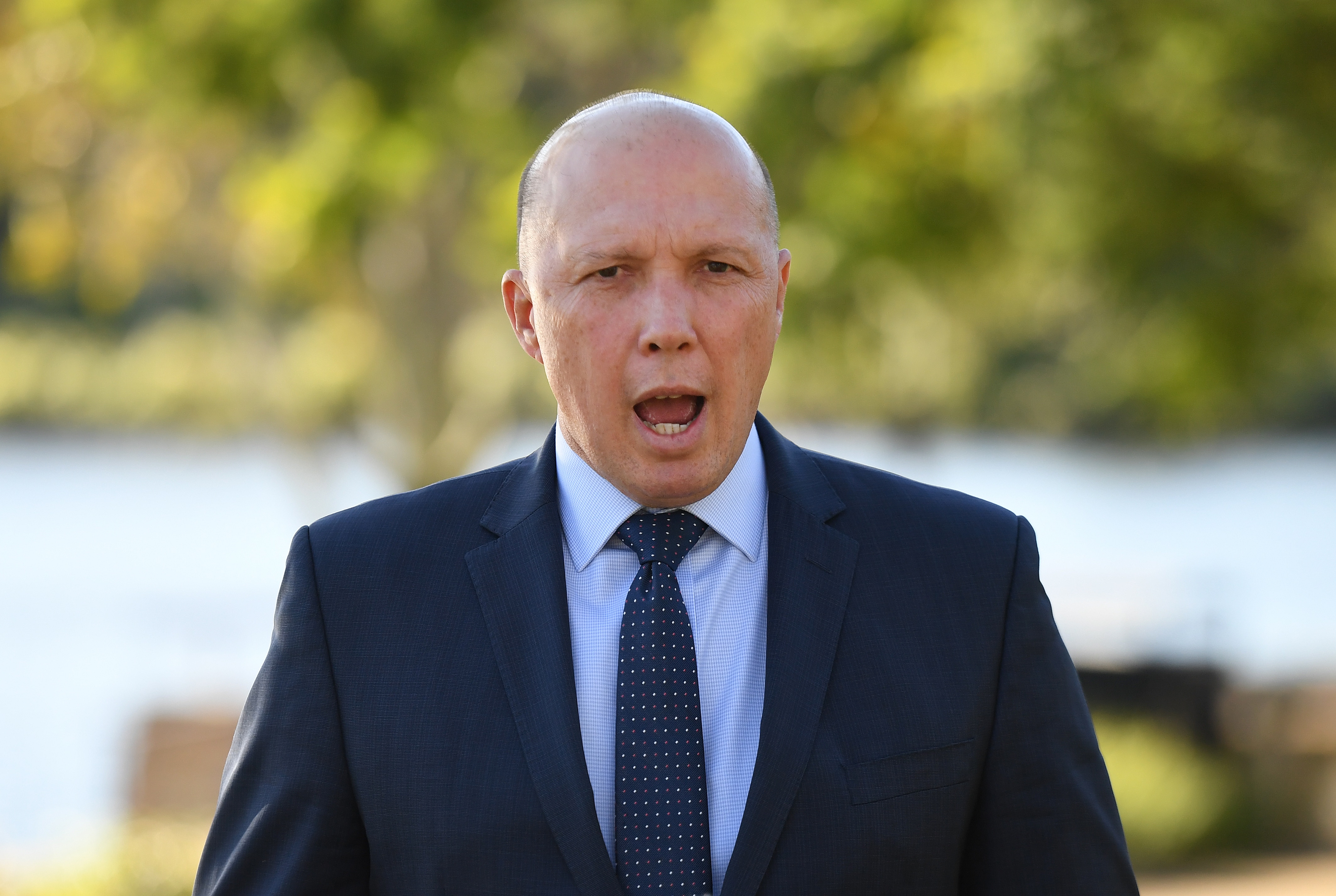 "Freedom of the press is an essential component of our democracy."

Speaking before the ABC raid, Attorney-General Christian Porter said it was likely Mr Dutton was given a "heads up" about the search on Ms Smethurst's property.

"It's usually the case that in matters that are sensitive - and clearly this is - that there'll be a quick briefing to alert someone that it's going to happen, when they’re the responsible minister."

However, he rejected any suggestions of government involvement in the decision or the timing of the raid. Centre Alliance Senator Rex Patrick believes the intimidation of a journalist is a "worrying development".

He plans to follow up the matter in Senate estimates hearings later in the year.

"There are serious questions about the timing of the raid, why the raid occurred only at her home, and indeed what steps had been taken prior to the raid being conducted," he told ABC Radio on Wednesday.

"This raid demonstrates a dangerous act of intimidation towards those committed to telling uncomfortable truths," a spokesperson said.