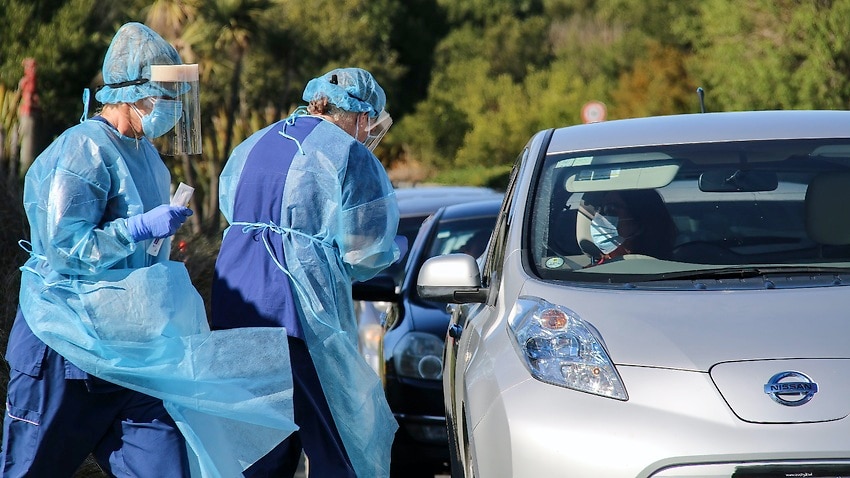 Prime Minister Jacinda Ardern is keeping Auckland in lockdown but has laid out a roadmap to reopening New Zealand's biggest city in phases.

The 1.7 million residents of the Auckland region have been in lockdown for 48 days, following the discovery of community cases on August 17.

A cabinet meeting on Monday decided to continue that run - which will make it NZ's longest lockdown of the pandemic - but with a phased exit plan.

The next phase - which does not have a timeline as yet - will allow for retail to return, public facilities to open, and outdoor gatherings of 25.

After that, hospitality will return, hairdressers will reopen and gatherings will grow to 50.

The government has opted against setting a timeline on the phased reopening, with cabinet to "review each step weekly".

The changes bring some light to the end of the tunnel for Aucklanders, but there is little prospect of the outbreak being eliminated.

The Delta outbreak spread into the Waikato region on the weekend, with new cases found in Hamilton and the surf town of Raglan.

The government responded by placing much of the region - about 200,000 Kiwis - into lockdown at the same alert level as adjoining Auckland.

On Monday, health officials reported 29 new community cases - showing the outbreak is far from over.

The seven-day rolling daily case average is 26, with 30 Kiwis in hospital with the virus.

"We do need to take a cautious approach," Ms Ardern told Radio NZ.

Ms Ardern set Aucklanders a public challenge to have 90 per cent of the city's eligible population partially vaccinated by Monday.

Aucklanders didn't get there, with vax rates sitting at 84 per cent.

Until the 90 per cent rate is reached - which includes additional thresholds of 90 per cent for Maori and Pacific populations - Ms Ardern says NZ will keep using lockdowns.

"We are in a transition period," she explained.

"We still don't want a widespread outbreak with exponential growth because we continue to vaccinate people."

National vaccine rates trail Auckland, with 77 per cent of the eligible population partially vaccinated and 46 per cent double-jabbed.

The prime minister is under increasing political pressure to give Kiwis a route away from the dreaded lockdowns.

She had resisted calls to publish an Australian-style roadmap, with vaccination targets that ease restrictions.

Last week, the opposition National party put out its own plan, with an appealing promise to allow international travel for vaccinated Kiwis by Christmas.

Health officials have confirmed a genomic link between the Waikato cases and the Auckland outbreak, as well as positive results from household members of the Raglan case.

A newborn baby has also tested positive for COVID-19 in an Auckland hospital.