A radio recording of a Royal Australian Air Force surveillance plane conducting a freedom-of-navigation flight over the South China Sea has emerged for the first time.

The audio, which has been published by the BBC, shows a RAAF pilot speaking to the Chinese Navy as he flies over the disputed South China Sea.

China, which lays claim to the South China Sea, has been building islands on existing reefs, and has caused concern among countries like Australia and the US.

Both countries have declared they intend to test China's sovereignty claim over the islands by demonstrating their freedom of air and sea navigation rights in the region. 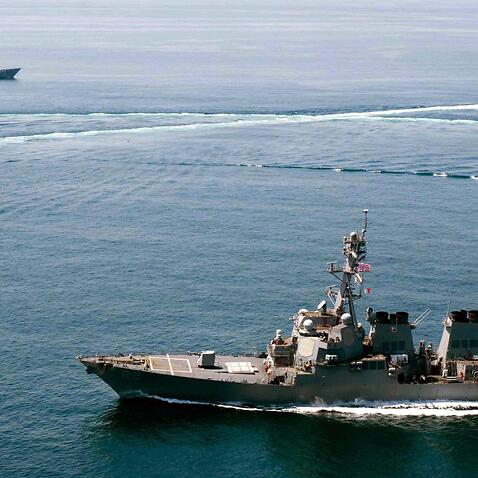 The BBC said the audio was recorded on the afternoon of November 25 and features an Australian pilot radioing down to a Chinese command centre.

"China Navy, China Navy," the pilot said in the recording.

"We are an Australian aircraft exercising international freedom of navigation rights, in international airspace in accordance with the international civil aviation convention, and the united nations convention of the law of the sea - over."

The BBC said the Australian pilot repeated the message several times but received no response from the Chinese navy.

The British news network has also aired video and audio footage of the Chinese navy ordering a light plane containing one of their journalists, to leave the air space immediately.

When asked about the audio, the Department of Defence replied in a statement: "A Royal Australian Air Force AP-3C Orion was conducting a routine maritime patrol in the region as part of Operation GATEWAY from 25 November to 4 December".

"Under Operation Gateway, the Australian Defence Force conducts routine maritime surveillance patrols in the North Indian Ocean and South China Sea as a part of Australia's enduring contribution to the preservation of regional security and stability in South East Asia," the statement said.