An independent audit has slammed the Department of Immigration's running of the Nauru and Manus Island detention centres, saying department officials spent $1.1 billion without authorisation.

The audit, by the Australian National Audit Office (ANAO), criticised the department's management of contracts relating to the offshore detention centres.

It found there was no clear system for the management of "garrison support and welfare services" at the two centres, while "significant shortcomings in the contractual framework" meant the department did not get value for money.

"The department did not put in place effective mechanisms to manage the contracts," the audit found.

"Other than the contracts, there was no documentation of the means by which the contract objectives would be achieved.

"$1.1 billion was approved by DIBP officers who did not have the required authorisation."

"In the absence of a plan, assurance processes such as the inspection and audit of services delivered, has not occurred in a systematic way and risks were not effectively managed."

When it came to payments, the audit said the department had an appropriate framework in place, but that it did not always work as it should, allowing for $2.3 billion in unauthorised payments to be made between September 2012 and April 2016.

"An appropriate delegate provided an authorisation for payments totalling $80 million; $1.1 billion was approved by DIBP officers who did not have the required authorisation; and for the remaining $1.1 billion there was no departmental record of who authorised the payments," the audit found.

"Substantial contract variations totalling over $1 billion were made without a documented assessment of value for money."

The department, however, disagreed with the audit's findings in a statement to the report.

"The department is committed to robust and effective procurement and contract management, and would dispute any suggestions that it spent $2.3 billion without proper authorisation," the statement said.

"The vast majority of these payments were fixed monthly contractual fees which are dependent on the numbers of residents in the RPCs.

"The department also disagrees with claims that additional service requests and contract variations were made without consideration of value for money or if funds were available."

The audit noted the Immigration Department had been managing contracts since 1997, and previous audits had found deficiencies in the way the contractual framework it had established.

"This audit has identified a recurrence of these (and other) deficiencies, which have resulted in higher than necessary expense for taxpayers and significant reputational risks for the Australian Government and the department," it found.

The audit also found there was a lack of detail in the welfare service contracts, that there were no clear guidelines for the implementation of contracts and plans and a lack of clarity in contract roles, responsibility and organisational hierarchy. 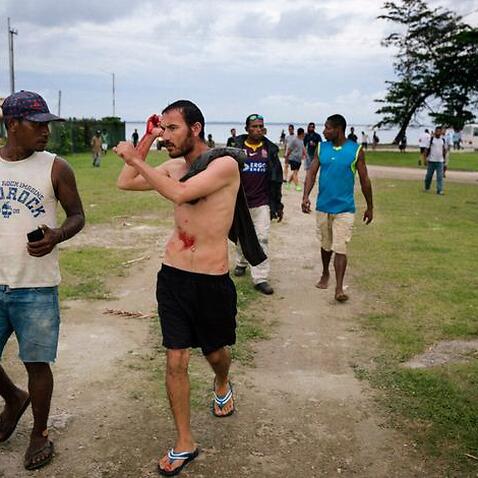 Plan to refile Manus detainees' bid to be sent to Australia

"Performance measurement under the framework relied heavily on self-assessments by providers and the department performed limited independent checks," the audit found.

"Delays in the department’s review of self-assessments and the provision of feedback on contractor performance eroded the link between actual performance and contract payments.

"As a consequence, the department has not been well placed to assess whether its service strategies were adequate or fully met government objectives."

The Immigration Department defended its approach to the management of the contract saying "appropriate context" was needed when reading the report.

"These contracts were developed – and continue to be managed – in a unique and highly complex environment," it said in a statement.

"The contracts were established during a period of immense pressure on the department that involved simultaneously managing thousands of illegal maritime arrivals, negotiating with host governments, engaging service providers and coordinating the logistics for the regional processing centres (RPCs)."

ANAO recommended the department ensured that contracts and supporting documents clearly specified the standards and timeframes for good and services to be delivered.

It also called for the department to implement a risk-based contract management plan that would address: "roles and responsibilities; the management of contractor performance; key timeframes and deliverables; risk management and mitigation strategies; the retention of key records; and the department’s approach to quality inspection and audit".

Finally, ANAO recommended immediate steps be taken to strengthen contract control measures and to strengthen the framework by which contract variations were assessed for value for money.

In response to the audit, the department said it agreed with the recommendations and had already started work to improve its practices.

"Australia has been running detention centre since 1991 and we have seen the same progress report over and over throughout that time," she said.

"It is reasonable to expect the government and the department to have learned some key foundations for how to establish and run a detention centre.

"They have opened and sometimes closed upwards of 20 large detention centres over that time, so there really ought to have been a lot more learning about key issues like the use of force."

Dr Fiske said the poor service delivery detailed in the audit led to what the department termed "critical incidents" among detainees, like rioting and self-harm.

"The government then blames detainees for rioting and it is seemingly intransigent in its refusal to reflect on its own procedures and how it could reduce the chance of rioting and property damage and self-harm in detentions centres, and those things are well within its power," she said.

"Labor and the Greens have never taken the responsibility for the chaos and costs they inflicted on the Australian people," he said in a statement.

"But they cannot escape this latest exposé of their border policy failures." Government lashes out at Amnesty report on Nauru