Perth-based shipbuilder Austal has been contracted to build its eighteenth and nineteenth US Navy combat vessels. 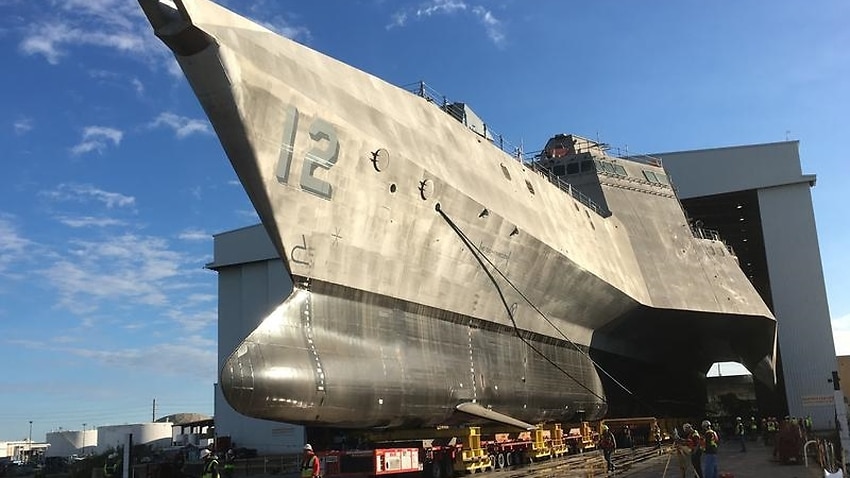 Perth-based shipbuilder Austal has been contracted to make another two combat vessels for the US Navy, bringing the company's forward order book to 10 ships by 2025.

With nine delivered - and a further 10 vessels either under construction or awaiting construction, including the future USS Canberra - the two additional ships announced on Monday represent Austal's 18th and 19th ships in the Independence Class.

In August, Austal more than doubled its full-year profit to $39 million, driven mainly by its US Navy shipbuilding program, as well as commercial ferry contracts.

Austral said for competition reasons the US Navy had not announced the contract value, but has stated that award is under the congressional cost cap of US$584 million ($A814 million) per ship.

"This latest order from the US Navy is a tremendous endorsement of Austal's unique aluminium trimaran and further evidence of the important role Austal plays in building the United States Navy" Austal chief executive David Singleton said.

"We have been very successful, winning two Littoral Combat Ships per annum in competitions in each of the last three US Government financial years."

Last month, national security agencies launched an investigation after an unknown offender hacked Austal to access drawing designs and the personal contact details of some of its staff.

The attacker tried to sell some of the material online, but there was no evidence to suggest classified or sensitive information was compromised in the security breach.