Australia is being seen as a test case for the global future of the popular ride sharing service Uber. Canberra has embraced the company while court cases in other states are still pending.

Australia, where Uber is popular but mostly illegal, offers a microcosm of the company's global challenges.

Three years after launch, the service has failed to gain government approvals in most jurisdictions, and two criminal cases that are heading to court this week could bring even more legal troubles.

On the other hand, Uber has proved popular with the Australian public, notching more than one million registered users in a country of just 24 million even in the face of fierce pushback from the taxi industry and many local authorities. There are signs Uber's intense lobbying of regulatory bodies and governments is paying off in some quarters, as Canberra this month became the first world capital to introduce ride-sharing laws before Uber and others enter the market.

"It's a message to every other state in Australia that they need to move forward," said Uber Australia spokesman Brad Kitschke.

The new regulations slash the price of taxi license fees and the cost of hire cars, while legalizing and regulating ride-sharing services like Uber and local rival goCatch. Uber has 15,000 driver "partners" across Australia with a goal of 20,000 by the end of the year, while goCatch, which uses licensed taxi drivers, counts 30,000 of the country's 68,000 drivers as members.

Still, Uber has a long way to go. 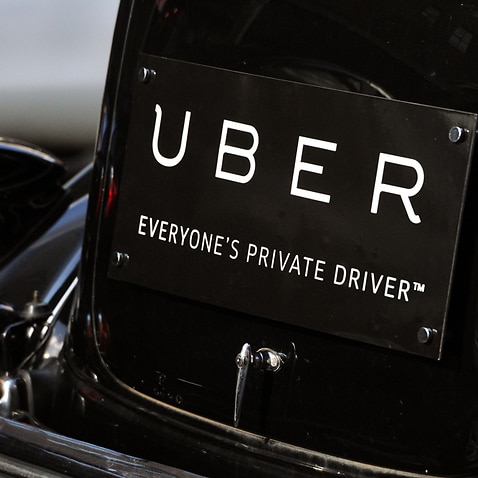 A lawsuit filed by the taxi industry in New South Wales state, alleging the company is running an illegal service, is shaping up to be a critical test case as it returns to court this week.

Some state governments have launched sporadic crackdowns, arresting and fining individual drivers, though they have been loathe to make more concerted efforts against the popular service, fearing a voter backlash.

"A ruling against Uber [in the New South Wales case] would encourage every other state to institute the law," said Oliver Talbot, a partner at Brisbane law firm Talbot Sayer, who is not involved in the case. Uber Australia spokesman Brad Kitschke said the company is confident of its position.

A criminal case in Melbourne, where 12 Uber X drivers were arrested in a sting operation and charged with operating a commercial passenger vehicle without a license, is also heading to trial this week

Kitschke declined to comment on reports the company is funding that drivers' defense, saying only that Uber believes the case would be unnecessary if the federal government changed outdated laws.

"We want to see some leadership at the federal level for the sharing economy," Kitschke told Reuters.

As in other countries, Uber is appealing directly to the Australian public with its relatively low prices. But it made a big mistake in the public relations wars last year when its surge pricing system, which jacks up fares at periods of high demand, quadrupled prices for people rushing to leave Sydney during the deadly Lindt Cafe siege.

Uber said it was "truly sorry" after a torrent of negative publicity, and said it was working on a global policy following a pledge in the U.S. to cap prices during crises and disasters.

Cabcharge, the country's biggest taxi operator--and whose shares have halved since Uber entered Australia--acknowledges it needs to improve. "We need to leapfrog Uber and get out in front," chief executive Andrew Skelton told Reuters as he detailed plans to rush a new payment app to market.

Talbot says Uber will almost certainly lose yet another court action, this one against an Australian Tax Office ruling that its drivers have to pay good and services tax. The company has already ordered its drivers to increase prices by 10 percent to cover the tax, eroding some of its pricing edge.

"They are fighting wars on a huge number of fronts," said Talbot. "I think to a large extent it's about stalling and buying time, allowing them to operate for as long as it takes for regulations to come into place."