Think tank The Australia Institute has released a report putting Australia third in the world for fossil fuel exports. 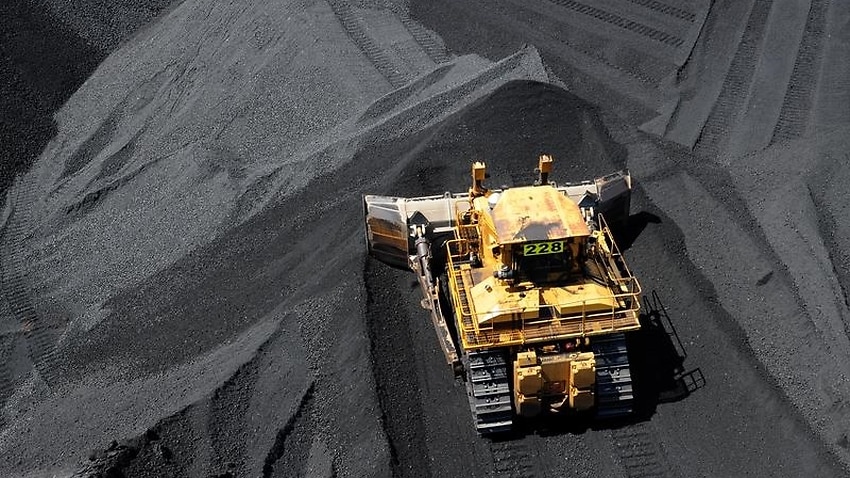 File photo of a Queensland coal mine Source: AAP

Australia has become the world's third-largest fossil fuel exporter, behind Russia and Saudi Arabia, as it ships vast amounts of coal and gas overseas.

A new report from left-leaning think tank The Australia Institute aims to challenge federal government claims that Australia's emissions are small on a global scale.

While Russia (12 per cent) and Saudi Arabia (nine per cent) have the biggest share of the world's fossil fuel exports, Australia is third with 6.8 per cent based on carbon emission potential.

Australian fossil fuel exports are comparable with those of the United States, which has 13 times the population and a gross domestic product that's 15 times bigger.

Among developed economies, Australia is the biggest producer and exporter of fossil fuels based on CO2 potential, and second only behind oil-rich Norway on a per capita basis.

Protesters opposing to the construction of the Adani coal mine block a main road in Southbank during a rally in Brisbane, Friday, June 21, 2019 (AAP) Source: AAP

Homegrown exports are almost three-quarters the size of all European Union nations combined.

The report found Australia is the world's largest coal exporter, responsible for 29 per cent of the world trade, a figure outstripping Indonesia with 26 per cent and Russia's 14 per cent.

In absolute terms, Australia ranks fifth as the biggest miner of fossil fuel carbon, 10 times the world average per capita, and behind only China, the US, Russia and Saudi Arabia.

Read More
July was the hottest month ever recorded on Earth

"On any reasonable assessment of domestic emissions alone, Australia is a large emitter and Australia's emissions are rising, not falling," the report's author Tom Swann concluded.

Prime Minister Scott Morrison last week resisted pressure from Pacific nations to include a transition away from coal towards renewable energy in the Pacific Islands Forum communique.

But The Australia Institute's report found the nation's role in fuelling the "climate crisis" was far greater than even rising domestic emissions would suggest.

"Australia has the opportunity, and obligation, to face up to the climate crisis through policies to limit its carbon exports, starting with a moratorium on new coal mines," the report said.