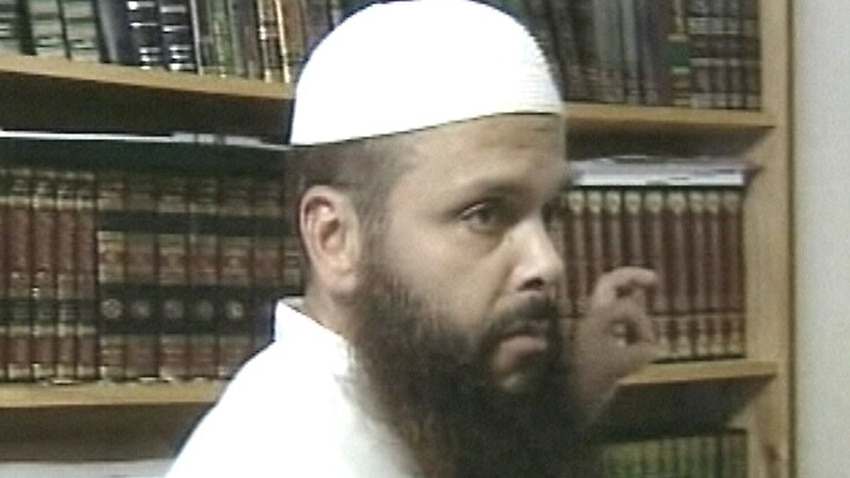 Abdul Nacer Benbrika was arrested and charged with directing the activities of a terrorist organisation in 2005. Source: AAP

Home Affairs Minister Peter Dutton said Benbrika had been notified of the decision and would remain in prison while a court considered whether to keep him jailed.

"He spoke about thousands of Australians being killed," Mr Dutton told reporters in Brisbane on Wednesday.

"It doesn't matter who it is, if it's a person that's posing a significant terror risk to our country, then we will do whatever is possible within Australian law to protect Australians."

Australia's first convicted terrorist leader was jailed for a maximum of 15 years in 2009.

The self-proclaimed Islamic cleric has been behind bars since his 2005 arrest over plots to attack Melbourne landmarks, including one to blow up the MCG on AFL Grand Final day that year.

He also said his group of followers needed to kill at least 1,000 non-believers to make the Australian government withdraw troops from Iraq and Afghanistan.

The Commonwealth wants a continuing detention order requiring Benbrika to remain in prison until November 2023, with the matter still before a court.

Mr Dutton said he was the first person onshore to lose his citizenship under the relevant laws.

Benbrika will be granted an ex-citizen visa under migration law.