Refugee advocates have raised concerns Australia's current community sponsorship arrangements are too costly and come at the expense of other places for government-funded resettlement.

The federal government is actively considering parts of a Canadian-style model which allows refugees to be resettled if they are sponsored by community members.

Canada has welcomed more than 300,000 refugees under the community sponsorship scheme since the 1970s, in addition to those arriving under government-funded programs.

The review was based off feedback from local stakeholders, international counterparts in Canada, as well as the United Kingdom and Ireland, who have adopted similar models, and the UNHCR. In 2017, the government introduced a "community support program" designed to allow individuals, businesses or community groups to provide financial support to resettle refugees with employment prospects in Australia.

But refugee advocates have raised concerns Australia's current model is cost-prohibitive and the places it offers come - in contrast to Canada's model - at the expense of other government-funded resettlement programs.

Mr Hawke said he would be considering possible changes to the resettlement pathway in Australia.

"I look forward to ensuring the program becomes a genuine, successful partnership between community, business and the Government, to provide beneficial outcomes to our refugee and humanitarian arrivals in Australia," he said.

"Concerns have been expressed that the cost of the program – and, in particular, the visa application charges – are too high," the Shergold report found.

"The government's current government program is definitely the most ineffective model in the world of sponsoring refugees," he told SBS News. Canada now leads the world in refugee resettlement - but how is Australia ranking?

He pointed to the Canadian sponsorship model as a program that more effectively manages the cost burden and support requirements of community groups to assist in the intake of refugees.

"There is a lot of interest within the Australian community in contributing more to supporting refugees - there are many people who like to get involved and see opportunities within their own communities." 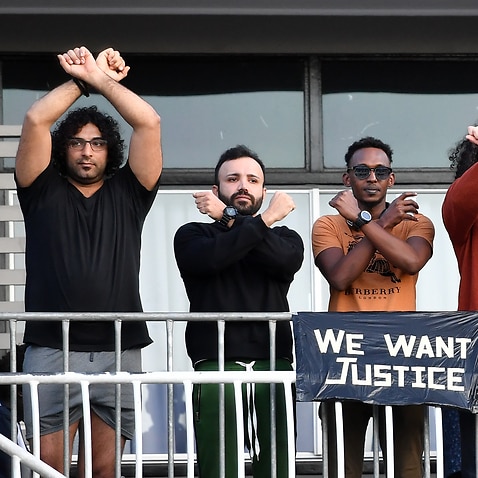 The United States is ramping up its refugee intake. Pressure is building on Australia to follow suit

In a speech last year to an online forum organised by Welcoming Australia, Ms Larkins herself touted the success of the Canadian program.

“In Canada, you can directly see the importance of community in creating economic participation for refugees through their community sponsorship model,” she said.

“70 per cent of privately sponsored refugees in Canada declared employment earnings within their first year of arrival compared to 40 per cent of government-assisted refugees.”

The government will consider the findings of Ms Larkin's report before providing a response.