Extreme weather events linked to climate change could cost the Australian economy $100 billion every year in the not-too-distant future, according to a new report. 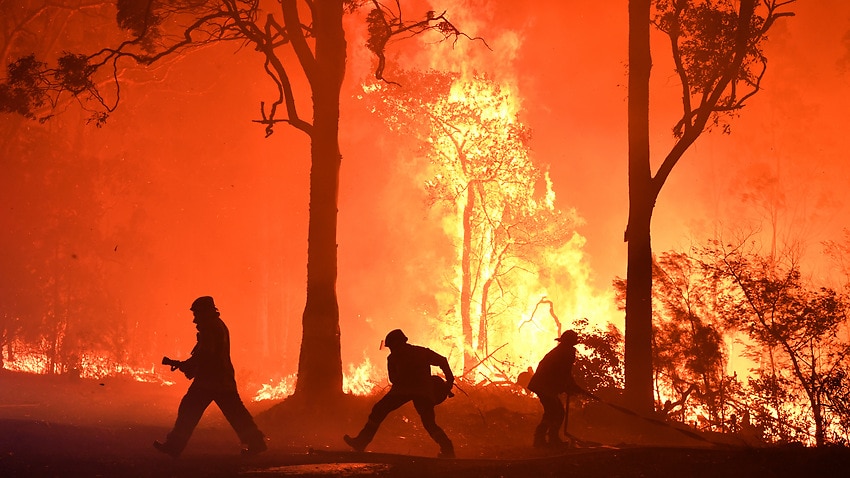 Extreme weather events linked to climate change will become an increasingly common part of Australian life in the decades to come, a new report by the Climate Council warns.

The cost of extreme weather in Australia has already almost doubled since the 1970s, and totalled $35 billion over the past decade, according to the report released on Wednesday.

The Climate Council says the impact of fires, floods, droughts, storms and sea level rise linked to climate change could skyrocket into the future, potentially costing the country's economy up to $100 billion every year by 2038.

He said similar events would likely happen with increasing frequency.

“We can’t expect extreme events to increase in a smooth linear fashion, they could jump up at an extremely fast rate at any time, these are the risks we are taking as climate change continues,” Professor Steffen said.

Read More
The world is facing 'catastrophic' global warming, with 2020 among the hottest years on record, UN warns

He said studies had shown that Australians were five times more likely to face physical displacement due to climate disasters than their European counterparts.

Dr Robert Glasser, the United Nations Secretary General’s former Special Representative for Disaster Risk Reduction, said Australia should be concerned about the impact of climate change on both the country and the region.

The report warns that devastating fires like those in Black Summer will become all the more common. Source: AAP

“We are also vulnerable because we are right on the doorstep of one of the most populous regions in the world. There are over 400 million people just in maritime Southeast Asia to our north, predominantly in these densely populated low-lying countries that are extremely vulnerable to climate change, sea level rise and storm surge,” he told SBS News.

“So their problems are going to cascade and affect our security as a country in this region,”.

Dr Glasser said the Australian government needed to take stronger action on reducing the country's greenhouse gas emissions, and advocate for other nations to do more.

He said the country also had to drastically step up its ability to respond to major climate disasters.

“Australians are very resilient, but what we now need to do is scale it up, take it to another level. Because the sorts of hazards that strike us now and into the future will be record setting, unprecedented fires, storms and floods. We need to move from adaptation to transformation,” he said.

“That’s what we need to do - the science is very clear on that - and a lot of technologies are now coming into place to make those goals feasible. What’s stopping us is ideology, politics and vested interests,” he said.