Australia exempted from US tariffs on steel and aluminium

Australia and Argentina have been exempted from steel and aluminium tariffs US President Donald Trump has imposed on the EU, Canada and Mexico. 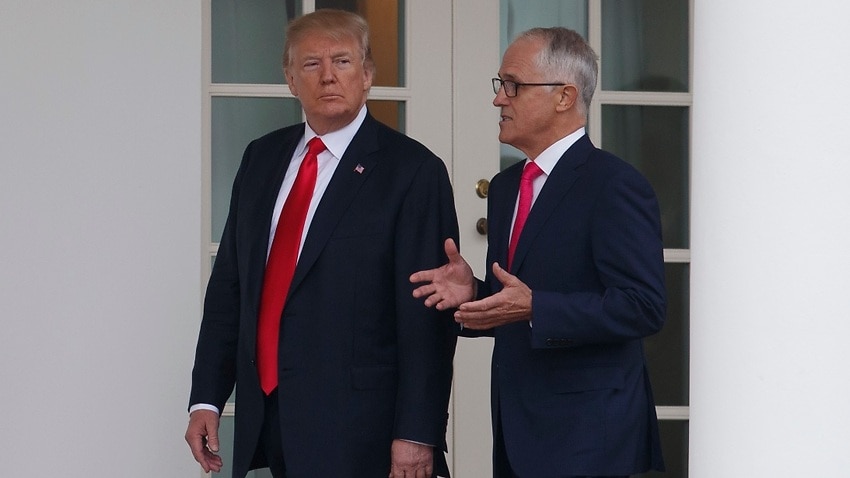 President Donald Trump and Australian Prime Minister Malcolm Turnbull walk along the colonnade to the Oval Office of the White House Source: AAP

Australia has once again sidestepped US President Donald Trump's haphazard use of hefty steel and aluminium tariffs against his allies, as a trade war looms.

Mr Trump on Thursday announced Australia and Argentina would be excluded from 25 per cent steel and 10 per cent aluminium tariffs that target key US allies the European Union, Canada and Mexico "to address the impairment" to US national security.

"This is the best possible set of arrangements and really sets the standard in where free trade should be," Treasurer Scott Morrison said in Sydney on Friday.

"We believe, as we have always said, it is a great outcome for the US and for Australia."

The US will place quotas or volume limits on steel and aluminium from Australia and Argentina.

"The US has agreed on a range of measures with Argentina and Australia, including reducing excess aluminium production and excess aluminium capacity, measures that will contribute to increased capacity utilisation in the United States, and measures to prevent the trans-shipment of aluminium articles and avoid import surges," Mr Trump wrote in a proclamation on Thursday.

Australia had previously received a temporary reprieve from the tariffs.

The White House announced negotiations with Mexico, Canada and the EU did not go so well and from Friday, the US would slap the three allies with steel and aluminium tariffs.

All three quickly responded with threats of tariffs on US goods.

"This is a bad day for world trade," head of the EU bloc's executive Jean-Claude Juncker said in Brussels.

Manfred Weber, an ally of German Chancellor Angela Merkel, said "we will have no choice but to defend European industry, jobs and interests".

Mexico announced it will retaliate with duties on US products including fruit, pork bellies, cheese and flat steel.

Canada is preparing "a whole series of options" to retaliate, a Canadian official told the Toronto Star.