The Human Rights Measurement Initiative found Australia made "no improvements" to its human rights record in 2020. 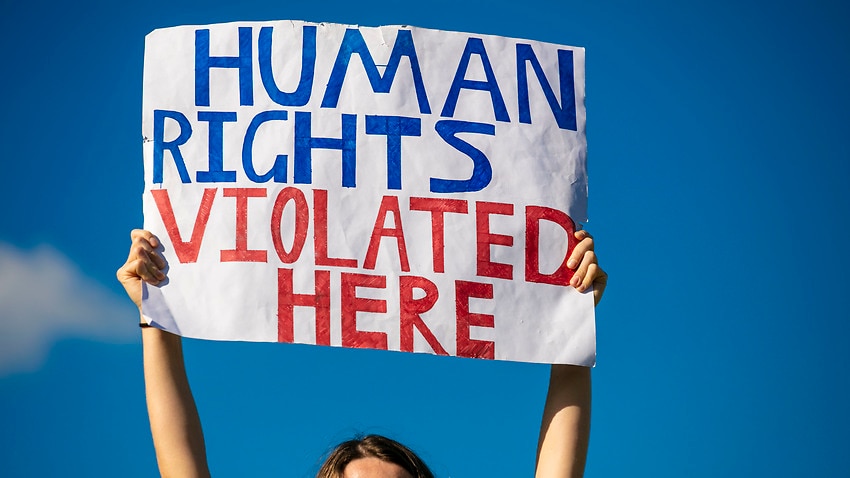 The upholding of human rights in Australia did not improve last year and government responses to the coronavirus pandemic caused a range of breaches, especially for vulnerable populations, human rights experts say.

The observations are made in the latest Human Rights Measurement Initiative (HRMI) tracker, which logs and compares the human rights performances of about 200 countries across the world.

Researchers analysed data from international databases and surveyed human rights experts to calculate a range of scores for countries over the course of 2020.

The latest tracker for Australia includes “many positive scores”, the researchers say, but also some “strikingly poor results, particularly in terms of who is most at risk of rights abuses”.

“It's certainly true that Aboriginal and Torres Strait Islanders, people with disabilities, people with low socioeconomic status, and refugees and asylum seekers are identified as being at risk of violations of nearly every right that we measure,” HRMI strategy lead Thalia Kehoe Rowden told SBS News.

Across four rights – education, food, health and work – the tracker gave Australia a 'bad' score of 7.9 out of 10 given its resources to potentially fully uphold those rights, which is close to average compared with other high-income countries.

Australians were judged this year, with a score of 6.5, as having a ‘fair’ safety from the state – a category that measures things such as freedom from torture, ill-treatment and arbitrary or political arrest. The US scored 4.2.

Experts identified Aboriginal and Torres Strait Islanders in Australia as being particularly at risk of, among other things, arrest, detention and torture, as well as being unlikely to enjoy their rights to education, health, housing, and work.

People with disability were particularly at risk of having their rights to housing, health and employment violated, as well as being less likely to enjoy freedom from ill-treatment.

HRMI co-founder Anne-Marie Brook said Australia’s civil and political rights performance was "very disappointing, particularly since it could be so easily improved".

"I’m looking forward to the day when the Australian people – via their elected officials – decide to treat all people, including Aboriginal people and Torres Strait Islanders, and refugees and asylum seekers, with the dignity and respect that all people deserve," she said.

The HRMI is hosted by the Motu Economic and Public Policy Research, a New Zealand-based research institute, and is produced from surveys of hundreds of human rights experts across living the globe, including advocates, lawyers, journalists and NGOs.

Researchers also asked the experts in 39 countries this year in February and March about the impact COVID-19 had on human rights in their nation.

In Australia, experts said human rights were negatively impacted by the pandemic.

They singled out instances of people in lockdown not being supplied with culturally appropriate food, people in aged care homes not being admitted to hospitals, and visa holders and undocumented people not being given access to income support as examples of poor outcomes.

Across the world, the pandemic’s impact on human rights was “entirely negative”, Ms Kehoe Rowden said.

“We had hoped there might be some spots of optimism where governments had taken opportunities to, for instance, house homeless people, but the overall impact was entirely negative and dramatically negative in many countries,” she said.

“The right to education was disrupted as schools closed around the world and unfortunately that had an uneven effect that already vulnerable populations - if you don't have internet, or a reliable device to access online schooling, then your right education is going to be impacted more than in wealthier classmates.”

Ms Kehoe Rowden said some countries were also seen to have used the pandemic as an excuse to crack down on human rights, something Amnesty International also noted in its annual global snapshot in April.