The Department of Foreign Affairs says Australia is working with the Solomon Islands government to ensure those responsible for an oil spill near a World Heritage site are held accountable. 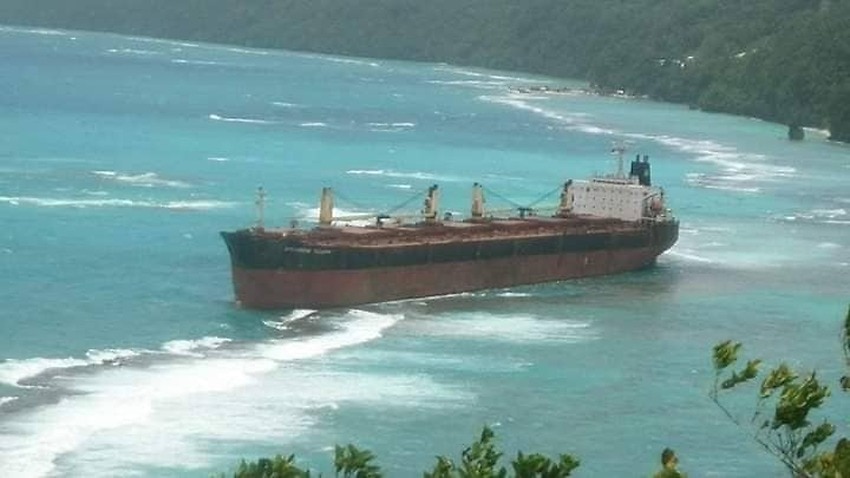 Australia is assisting with an oil spill clean-up and salvage operation for a bulk carrier that ran aground near a Solomon Islands World Heritage listed site more than two weeks ago.

The MV Solomon Trader hit a reef on February 4 on Rennell island, the largest raised coral atoll in the world with the largest freshwater inland lake in the Pacific, about 250 kilometres south of the capital Honiara.

Efforts to salvage the 225 metre long bauxite carrier have been hampered by tropical cyclone Oma, which is now heading south-west towards the Queensland coast.

The eastern part of Rennell was UNESCO World Heritage listed in 1998 but designated as “endangered” in 2013 because of logging and mining operations on the island.

“Oil is slowly leaking from the vessel,” Derek Pongi from the Tehakatuu tribe on Rennell Island told SBS News.

“The weather is getting better now so hopefully they can reach the wreckage site and do their work.”

Some members of the Tehakatuu tribe have agreements with BMC to operate on the island.

BMC is contracted to Asia Pacific Investment Development (APID), which holds the licence to extract bauxite on Rennell and has a controversial track record of logging and mining on the island.

“Australia is working to assist the Solomon Islands Government to hold the responsible company, owners and insurers to account in responding to this maritime incident,” the Department of Foreign Affairs (DFAT) said in a statement to SBS News.

“Australia, through the Australian Maritime Safety Authority, has undertaken an overflight inspection of the vessel and supplied the findings to Solomon Islands’ authorities,” DFAT said.

BMC said salvage experts have flown in from Singapore to help with the clean-up and are due to arrive on the island shortly, while insurance assessors are on the ground already.

“There is no confirmation for substantial oil spill as rumoured,” Fred Tang, general manager of BMC in Solomon Islands told SBS News.

“A light rainbow sheen of light oil appears on the sea surrounding the vessel.

“These are all confirmed by an aerial flight operated by AMSA on February 18.

“Bad weather has been hampering the salvage work (but) now seems it's getting better and work will be resumed quickly.”