Scott Morrison and his Japanese counterpart Yoshihide Suga will formally sign a defence rules treaty next year following talks in Tokyo on Tuesday. 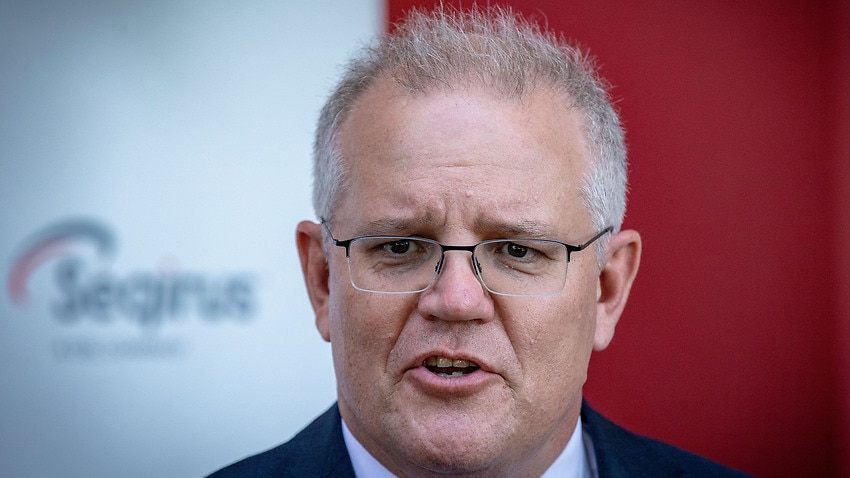 Prime Minister Scott Morrison says an in-principle agreement with Japan on defence cooperation rules is a "pivotal moment" in relations between the two countries.

It's also expected to send a clear signal to the wider region that Japan is prepared to work more closely with Australia and other nations on security, as China flexes its military might.

Mr Morrison met with Japanese counterpart Yoshihide Suga in Tokyo on Tuesday, becoming the first world leader to meet with the new prime minister on Japanese soil since he took over from Shinzo Abe.

The defence deal - known as the reciprocal access agreement - sets out the terms and conditions for the Australian and Japanese militaries to undertake exercises on each other's soil, covering such areas as customs, taxation, fuel and munitions.

One of the sticking points of the agreement - which has been in negotiation since 2014 - has been Australia objecting to its defence force members being subject to the death penalty in Japan.

But the leaders have agreed that in terms of criminal jurisdiction each case will be treated individually.

Mr Suga and Mr Morrison are expected to formally sign the treaty in Australia next year.

Once signed, it would be the first such deal for Japan since the 1960 status of forces agreement with the United States.

"We share a special strategic partnership and are deeply committed to working together in support of a free, open, inclusive and stable Indo-Pacific.

"Our partnership is built on shared values and interests, and enduring trust and respect."

Depending on the final terms, it may require the Australian parliament to pass implementing laws, but it will be scrutinised by the treaties committee.

It would also need the approval of Japan's parliament.

Mr Suga is committed to delivering net zero emissions by 2050 and taking a global lead on clean energy.

The first pilot shipment to Japan of hydrogen from Victoria is due in March.

"In order to achieve this, hydrogen must come down in costs (and) ... stability of supply must be ensured," he said.

Queensland bid negotiations have been put on hold due to the pandemic.

On his return, the prime minister will go into isolation at The Lodge for 14 days, which will also mean he will have to video link in to parliament when it sits later in the month.