Multiculturalism Minister Alan Tudge has offered his strongest indication yet that the Coalition plans to offer a number of refugee visas to South Africans. 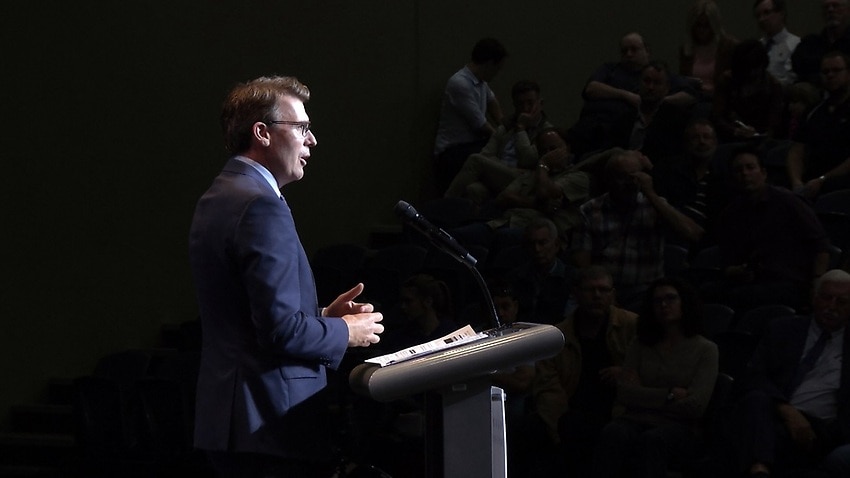 Mr Tudge attended a forum in Perth last week where members of the South African community pleaded for a special intake.

“I suspect that we may well be able to take some in, but they’ll be each considered on their merits and according to the criteria of our humanitarian intake.”

Mr Tudge was a special guest at a recent town hall meeting in Perth, where members of the South African community shared harrowing stories of violence against their relatives at home.

One of the big questions since Mr Dutton’s initial comments has been whether the government would pursue a special intake for South Africans, similar to the 12,000 places offered to Iraqis and Syrians fleeing Islamic State under the Abbott Government, or simply encourage them to apply to the regular humanitarian visa, which is non-discriminatory.

Crossbench senator Fraser Anning, once a One Nation member, said he would back any plan to bring white South African farmers to Australia and described the violence as genocide.

Mr Tudge appeared to back South Africans applying under the regular intake.

“We’re a very generous country to those who are in need and we don’t distinguish which country people come from, if they’re facing persecution then we will consider their application,” Mr Tudge said.

The Home Affairs department confirmed to SBS News it was "monitoring the situation of minority groups in South Africa" and considering "potential resettlement under the offshore humanitarian program".

Mr Dutton’s original offer to settle farmers in a “civilised country” sparked a diplomatic stoush with the South African government, which demanded a retraction of the comments and hauled Australia’s ambassador into the foreign ministry for an explanation.

South Africa is pursuing a land-reclamation policy designed to take farmland from white South African farmers and hand it to black South Africans to rectify the country’s violent history of Apartheid.

The country has a very high rate of violence and there is much dispute over how much of the violence is directed at white farmers specifically, compared with black farmers.

Mr Dutton said his remarks were motivated by a string of reports in News Corp publications, which covered horrific cases of white farmers being tortured, beaten and raped in their homes.