The Greens say Australia is on the wrong side of history after ignoring a historic United Nations vote to ban nuclear weapons.

Australia is accused of being on the wrong side of history after ignoring a United Nations vote to ban nuclear weapons.

More than 120 countries have approved the first-ever treaty to ban nuclear weapons at a UN meeting in New York boycotted by all nuclear-armed nations overnight.

Only one country, the Netherlands, voted against it while Singapore abstained.

Greens senator Scott Ludlam says he travelled to New York at his own expense to witness the historic vote.

He's urging the Turnbull government to sign the treaty when it opens in September, insisting Australia is on the wrong side of history.

"We don't have nuclear weapons but, for some reason, we're against having them banned, which is directly at odds with what the government says that it wants," he told the ABC on Saturday.

It was an "enormous shame" Australia failed to play a part in shaping the treaty despite Labor and coalition governments insisting they supported nuclear disarmament, he said.

He accused Australia of being "massively hypocritical" for supporting nuclear disarmament and opposing North Korea's provocations while happily selling uranium "bomb fuel" to other countries.

The treaty will come into force when 50 countries have ratified it.

Elayne Whyte Gomez, president of the UN conference that has been negotiating the legally binding treaty, said 129 countries signed up to take part in drafting it but all nuclear states and NATO members have boycotted the negotiations except for the Netherlands, which has US nuclear weapons on its territory and was urged by its parliament to send a delegation to the negotiations. 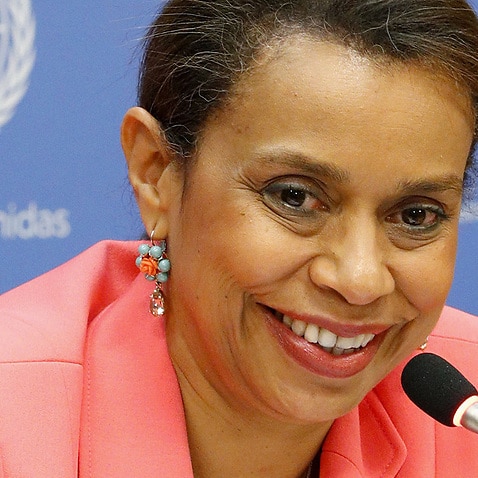 The treaty requires of all ratifying countries "never under any circumstances to develop, test, produce, manufacture, otherwise acquire, possess or stockpile nuclear weapons or other nuclear explosive devices."

It also bans any transfer or use of nuclear weapons or nuclear explosive devices - and the threat to use such weapons.

None of the nine countries known or believed to possess nuclear weapons - the United States, Russia, Britain, China, France, India, Pakistan, North Korea and Israel - is supporting the treaty.

Senator Ludlam said the treaty was a circuit-breaker amid a growing nuclear threat from North Korea and as countries like the US modernise their nuclear weapons, amounting to a "geopolitical suicide pact".