Chief medical officer Paul Kelly has tried to calm worries about the efficacy of the AstraZeneca vaccine, amid concerns the government has put all its eggs in one basket. 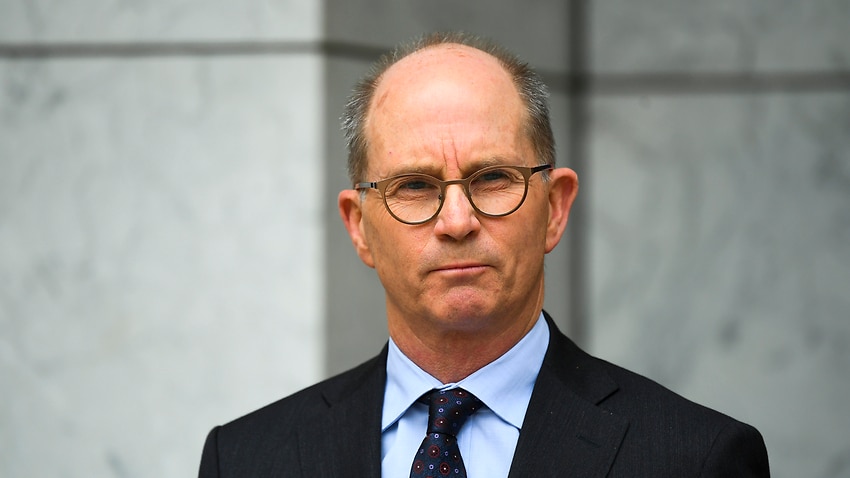 Australia’s chief medical officer Paul Kelly has defended rollout plans for the AstraZeneca coronavirus vaccine and sought to ease concerns about its efficacy.

His stance comes after questions were raised about whether the vaccine would be effective enough to generate herd immunity.

The safety of the vaccine is not in question. Rather, some critics have asked whether it is effective enough to smother the spread of coronavirus.

Clinical trials have shown the AstraZeneca vaccine has an efficacy rate of between 62 per cent and 90 per cent, which is below other leading vaccines developed by Pfizer and Moderna.

"It is very effective against severe illness. It will save lives," he told reporters.

"The choice is not whether one is better than the other, it's which one is available to give the maximum rollout of vaccine ... to protect lives this year."

Professor Kelly said he was worried that selective use of data from clinical trials could undermine confidence in the vaccine.

"People should be confident about safety, being our first priority," he said.

"By using this vaccine, we'll be able to protect a large proportion of the population in Australia."

Australia has supply agreements in place for the AstraZeneca, Pfizer and Novavax vaccines.

Phase three trial results from the AstraZeneca vaccine published in the Lancet showed the vaccine was 62.1 per cent effective at preventing disease when given in standard doses.

In another small group of volunteers who received a lower dose this rate rose to 90 per cent.

In comparison, vaccines from Pfizer and Moderna have achieved higher than 90 per cent efficacy, according to medical trials.

Professor Kelly said the government was continuing conversations with Moderna and a range of companies around sourcing more vaccines.

"We're in active negotiations," he said.

Read More
Democrats sheltered with maskless Republicans during the Capitol riot. Three of them have now tested positive

"We need a number of options available to us," he told SBS News.

"But basically with anything better than 50 per cent efficacy [if] we've got it available, I think it should be rolled out.

"The first thing we're trying to do is stop people from dying. A secondary strategy is to stop it being transmitted."

Monash University infectious diseases physician Michelle Ananda-Rajah has called on the Australian government to pivot its vaccine-rollout strategy towards the Pfizer and Moderna options.

“If we don’t attain herd immunity we can look forward to a future of rolling epidemics – sporadic outbreaks, economic and social disruption.

"The Australian community expects that this vaccine is going to be their exit strategy out of this pandemic and they expect we will return to as normal a life."

The AstraZeneca vaccine - which is being manufactured in Australia - has also been shown to be up to 100 per cent in relation to preventing severe illness.

"It maybe in the end a vaccine that is easier to get out there may actually allow vaccination of an entire community more quickly and in the end that is the thing we are looking for," he said.

The government has ordered 54 million doses of the AstraZeneca vaccine and plans to give it to most Australians, pending approval by the Therapeutic Goods Administration.

Australia has also secured 10 million doses of the Pfizer vaccine, which would aim to inoculate five million people.

A further 51 million doses of the Novavax vaccine will also be purchased.

“It would be better if the Federal Government had more deals, more advanced supply agreements in place,” he told the ABC.

A spokesperson for Health Minister Greg Hunt said the Australian government’s decision to invest in vaccines is being driven by scientific advice from medical experts.

"The TGA is currently evaluating the safety, quality and efficacy of the AstraZeneca/Oxford vaccine under its provisional approval pathway," the spokesperson said.

"A decision to provisionally approve the vaccine will be made following rigorous assessment of all the available data."