Two academics have made a stark warning to a Senate nationhood inquiry. 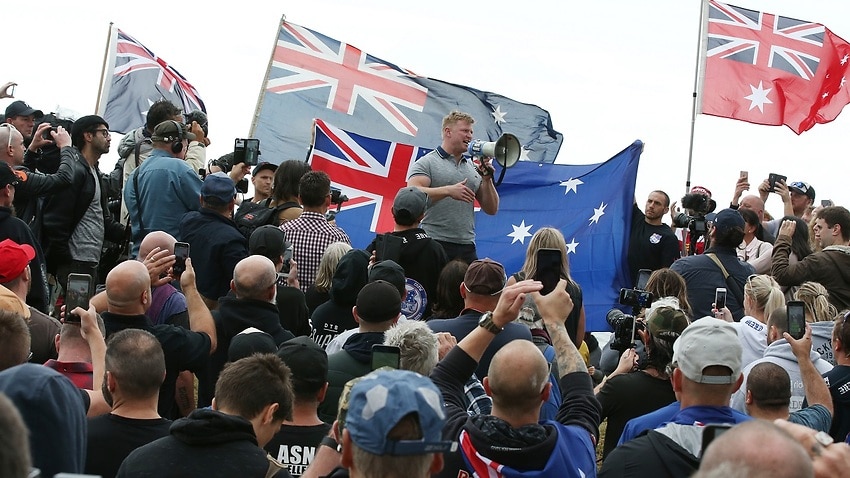 The "radical right" may achieve political success in Australia once it finds an "effective" leader, according to experts.

Glenn Kefford of the University of Queensland and Duncan McDonnell of Griffith University sounded the alarm in their submission to a Senate inquiry on "nationhood, national identity and democracy".

"We believe that the relative lack of radical right populist success in Australia is not so much due to a lack of demand for populist ideas and policies, but a lack of supply of populist leadership of the type found elsewhere," the pair said in their submission.

"In this sense, Australia may be like countries such as Finland and Sweden where, once an effective populist leader of a well-organised party emerged, radical right populism quickly flourished in societies where experts had previously thought it would not."

Dr Kefford and Professor McDonnell have both extensively researched populism in Australia and abroad.

To help prevent this rise, the pair made several recommendations including, "mainstream parties in Australia with a stake in the stability and effective functioning of liberal democracy need to take a strong stand against populist parties".

Glenn Kefford and Duncan McDonnell cited One Nation in their submission. Source: AAP

"This requires a united commitment to placing such parties last on voting cards at every election [as happened, until recently, with One Nation]," they said in their submission," they said.

"Australia is one of the most successful multicultural nations on earth. Political elites have a duty and a responsibility to defend and advance this success story, especially when they are so willing to rely on immigration to fuel economic growth."

It is intended to look into issues around citizenship, cultural identity, and social cohesion.

"Around the world, voters seem increasingly dissatisfied with how democratic politics works for them," material from the inquiry says.

"Public trust in democratic institutions is declining. Notions of national identity, which can be the roots of a democratic community, are changing as our world becomes increasingly interconnected. Political divisions appear to be increasing in the face of rapid economic, social and cultural change.

"These are substantial issues that should concern all citizens. Ultimately, these changes have the potential to weaken liberal democracy itself."

Read More
Right-wing extremism has a long history in Australia

At the 2019 federal election, minor parties attracted close to 25 per cent of the vote, continuing a trend of waning faith in the parties of the political establishment.

But the inquiry has attracted criticism from the Greens.

"We will be watching very closely that this doesn't become a vehicle for people who have, quite frankly, racist and bigoted views," Greens leader Richard di Natale said earlier this year.