Foreign Minister Julie Bishop has emphasised the strength of Australia's relationship with China after meeting with the country's own Foreign Minister, Wang Yi.

Australia and China's foreign ministers have pledged to further strengthen the link between the two countries at a meeting in Canberra on Tuesday.

Julie Bishop met with China's foreign minister Wang Yi to discuss trade and strategic economic links between Australia and China against the backdrop of what both politicians described as "uncertain times".

"At a time of economic transition and uncertainty around the world, Australia reassures China that we are a reliable partner and that we will continue to place a strong trade and economic relationship as one of our highest priorities," Ms Bishop told reporters during a press conference after the meeting.

"We have spoken this afternoon of areas where we can diversify our relationship commensurate with Australia’s aim to diversify our economy. 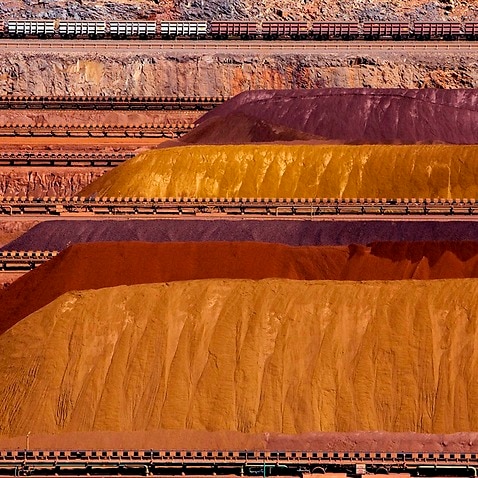 "We spoke particularly of greater co-operation innovation, in energy.

Mr Wang spoke about the continued need for a globalised economy and condemned protectionism.

"At a time when we face an international situation that is full of uncertainties, we agree to send a clear message that is it is important to firmly commit to an open world economy," he said via an interpreter.

"It is important to steer economic globalisation towards greater inclusiveness, broader shared benefit and in a more sustainable way.

"We need to firmly uphold the international trading regime with the WTO at the core and we need to promote trade and investment liberalisation and facilitation and we need to take a firm stand against all forms of protectionism."

Mr Wang said the calls from the global community for China to play more of a role, especially in the wake of the recent US presidential election, showed the trust these communities had in China.

Ms Bishop said the "government-to-government" relationship between Australia and China "could not be stronger". "It’s important to note that over 1.4 million Chinese visitors come to Australia and the tourism links between our two countries are growing."

The foreign ministers also discussed the success of the China-Australia free trade deal, which recently clocked up its first anniversary.

Last year Australian exports to China were worth $75 billion and services $10.7 billion.

"I'm sure that the year of the rooster will bring great benefits and prosperity to us all," Ms Bishop said.

She said they would discuss upcoming leaders' meetings and ongoing Australia-China relations.