As an international trade war looms, SBS News takes a look at what Australia's imports and exports bring to the country. 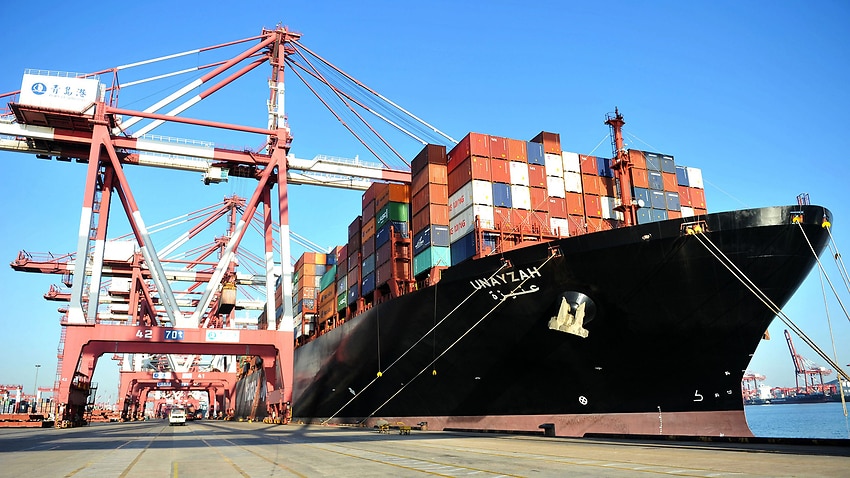 Australia’s politicians love to talk about the benefits of free trade, but signed a special deal with the US on steel and aluminium tariffs in March 2018 without hesitation.

In the short-term. the deal is good for the country's minerals exporters, but longer term, experts say any breakdown in the global free trading order would hit Australia's economy hard.

The US imposed trade tariffs on the EU, Mexico and Canada on Friday, a move which attracted criticism.

Australia has the 14th largest national economy in the world.

Who does Australia trade with?

China, mainly. In 2017, close to a quarter of Australia’s two-way trade was with China.

It's giant Asian neighbour is easily Australia's most important trading partner, and has been since 2007 when it overtook Japan. From the Chinese side of things, Australia is still reasonably important - it is China’s seventh largest trading partner.

Meanwhile, Australia still does a lot of business with the US, Japan, South Korea and the UK, with New Zealand and Singapore close behind.

What does Australia export?

But Australia’s third most important export by dollar value is actually a service: education. That’s the hundreds of thousands of international students who come to Australia to learn English or get a university education.

Tourism is not far behind.

What does Australia import?

Australians love to travel and it turns out that its biggest import spend is tourism - that’s Australians paying to travel overseas.

That’s followed by cars and the petrol to drive them, plus telecommunications equipment (computers and phones) and our big spend on international freight transport to actually get all the stuff we like shipped or flown to our island nation.

Who does Australia have free trade deals with?

Australian governments have enthusiastically pursued bilateral free trade agreements (FTAs) since the early 2000s, and now Australia has a total of ten in place with New Zealand, Singapore, the US, Thailand, Chile, the ASEAN nations*, Malaysia, Korea, Japan and China. It signed one in late 2017 with Peru, which is yet to be ratified by parliament.

Australia is also a signatory to the Trans-Pacific Partnership (TPP), a multi-nation deal which was designed to exclude China as a balance to its huge economic gravitational pull, until US President Donald Trump blew the deal up by pulling the US out in 2017.

Australia has signed but not yet ratified the Pacific Agreement on Closer Economic Relations with the 14 Pacific island nations, and it’s in ongoing negotiations for an FTA with several other countries or economies including India, Indonesia and Hong Kong.

Free trade agreements are designed to lower barriers to trade such as tariffs or quotas between countries, theoretically helping consumers by boosting competition in the goods and services markets. But this broad notion that “free trade is good” glosses over how it can also hit some sectors harder than others, especially import-competing ones.

So is free trade good for Australia?

The question is a highly contested one, trade and public policy expert Professor Vishaal Kishore from RMIT told SBS News.

“FTAs aren’t really about free trade, they aren’t always even about trade, but they are always agreements,” he said.

“Free trade is itself a bit of a misnomer - there’s no such thing as free trade if it means completely without government intervention of any kind. The best you can hope for is that FTAs are about freer trade in specific areas.”

Read More
Arrivederci Holden, the factory that fed my family

Australia’s Free Trade Agreement with Japan, for example, lowered the price of Japanese cars for consumers in Australia in 2015, after the Japanese passed on some (but not all) of their savings when the tariffs were cut. But critics of these sorts of deals point out that cheaper imported cars destroyed Australia’s car manufacturing industry because it couldn’t make cars as cheaply as other countries.

A container ship docked at the Port of Brisbane. Source: AAP

While mainstream Australian politicians - on the fiscally conservative side of both parties - are convinced of the benefits of FTAs, some from the more traditional left and from the Nationals are less sure, along with many voters. And they have some reason to be sceptical, Professor Kishore said.

“It’s absolutely true that the strong and confident rhetoric [of politicians' spruiking FTAs] doesn’t match the numbers,” he said.

How fair are trade deals?

Australia, along with 163 other countries, is a member of the World Trade Organisation (WTO) which governs the trading rules between countries. Based in Geneva, it was set up 23 years ago as a forum for trade ministers to meet and figure out the rules of the road when doing business across national borders, and also a place to take disputes between nations. It has an ideological commitment to open, fair economic competition, if not free trade exactly.

Basically, signatory countries are supposed to give every country the same deal - so if you do one country favourable terms for trade in goods, services or intellectual property, you have to give all WTO countries the same deal. There are exemptions to this - on national security and other grounds - and that is what Mr Trump is using to justify the metals tariffs.

What could the future of trade hold?

International trade expert Dr Stephen Kirchner from the US Studies Centre at the University of Sydney told SBS News that “cumulatively we are seeing an increase in protectionism in the US that’s going to prompt retaliatory actions on the part of other economies like the EU and China”.

Read More
Is Trump about to start a trade war?

“Probably the worst possible outcome here is we have WTO rulings against the US on key issues, the US starts ignoring those rulings and then the international rules-based trading system begins to break down,” he said.

It's a sure sign trade talks are set to heat up in 2018 and beyond.