The Lowy Institute's annual poll on understanding Australian attitudes to the world has captured a growing distrust in China and political leadership in the United States. 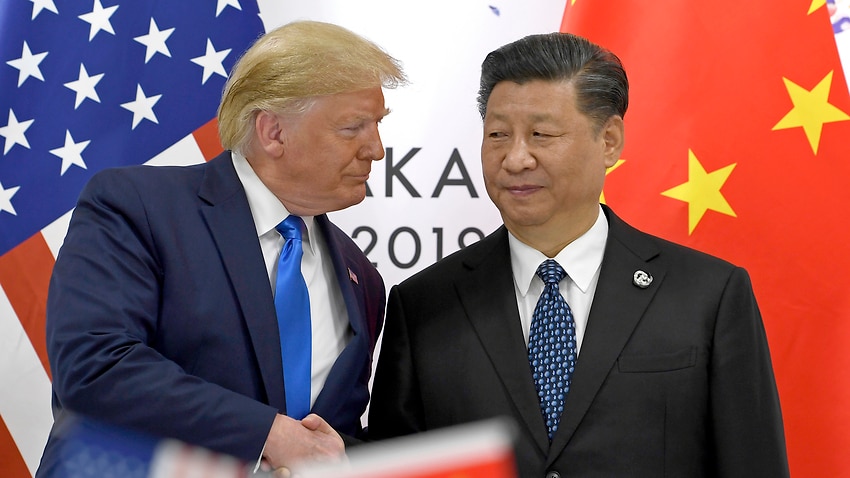 The latest Lowy Institute poll captured growing levels of distrust in the US and China. Source: AAP

Australians are more distrustful of the world, more pessimistic and less secure than at any other point in the last 16 years.

That’s the finding of the latest Lowy Institute poll of Australian attitudes to the world, released on Wednesday.

The poll has been running for 16 years and this year has captured historic lows in trust in its closest trading partner China and even its closest strategic ally, the United States.

Only 23 per cent of Australians surveyed trusted China ‘a great deal’ or ‘somewhat’ to act responsibly in the world, down from 52 per cent in 2018.

Meanwhile, 22 per cent of Australians said they had confidence in Chinese President Xi Jinping to do the right thing in world affairs, almost half of the 43 per cent backing he got in 2018.

“Most Australians have very little confidence in China’s President Xi Jinping. And while we might expect Australians to look to the United States while the relationship with China is souring, that hasn’t been the case,” Lowy Institute research fellow Natasha Kassam told SBS News.

“Even though support for the alliance remains high, Australians remain sceptical of President Trump and his America First policies,” she said.

The poll of 2,448 respondents was conducted in the second half of March, taking into account some of the impact of coronavirus, but not the recent Australia-China trade stoush and China's warning to students to reconsider travel to Australia.

Dr Delia Lin is a senior lecturer in Chinese studies at Melbourne University. She said in the context of coronavirus and its Chinese origins, the results weren’t surprising.

“As more and more people are getting affected by COVID-19, resentment will increase. Many Australians will have lived their lives differently if China had acted more quickly and with more transparency,” she told SBS News.

Sixty-eight per cent of people said they now feel ‘less favourable towards China’s system of government’ when thinking about China’s handling of the pandemic.

But Ms Kassam said confidence in President Xi had already been sliding in last year’s survey results and the Hong Kong protests, as well as human rights abuses in Xinjiang province against Uyghurs, may also have been a factor.

While 78 per cent of Australians said its alliance with the United States is very or fairly important to Australia’s security, 51 per cent said they trust the country to act responsibly in the world, down 30 per cent from a 2009 high point.

Thirty per cent of Australians said they had confidence in US President Donald Trump to do the right thing in world affairs.

Dr Graeme Smith from the Australian National University said the lack of confidence in Mr Trump was not surprising.

One in three Australians have confidence in US President Donald Trump. Source: AP

“Australia doesn’t warm to Republican candidates, but they really haven’t warmed to Donald Trump. There are good reasons just from a national point of view - his America First policies aren’t good for Australia,” he said.

“He puts his interests above his allies and cuddles up to autocrats, such as photo-ops with Kim Jong Un. This sort of embrace of autocracy doesn’t go down too well in Australia,” he added.

Seventy-three per cent of Australians said they would prefer democratic nominee Joe Biden to be president over Mr Trump.

A huge 94 per cent of Australians said they wanted the government to look for other markets to reduce its economic dependence on China.

Ms Kassam said that number was the highest single point of agreement in any poll the Lowy Institute had ever conducted.

“I think what we are seeing is a shift in the public eye of China as the source of economic prosperity to Australia to being a risk because of what is seen as economic dependency,” she said.

Dr Lin said that statistic, coupled with the low levels of trust in China, were interesting given that half of Australians still thought China should be an economic partner.

“That poses the challenge; how will Australia do business with China in the future? How will they engage in different sectors when the trust is so low? I think that will be interesting to watch Australia grappled with whether to view China as a threat or to trust them,” she said.

That was in stark contrast to our views on the rest of the world, with Singapore the only other country receiving a positive response.

One in ten Australians thought the US had handled it well, while 31 per cent said China had.

Read More
'It's a joke': China hits back at Australia's claim its coronavirus investigation stance has been vindicated
Share
Published 24 June 2020 at 5:48am
By Jarni Blakkarly
Topics
AustraliaUS Politics