Authorities have recommended adults under 50 years of age in Australia not receive the AstraZeneca vaccine after a link between the jab and a rare blood clotting side effect was established.

Millions of Australians are unlikely to receive their first COVID-19 jab by the end of October - as initially planned - after the federal government was advised those under 50 should not get the AstraZeneca vaccine.

The Pfizer COVID-19 vaccine is now the preferred shot for adults in Australia under the age of 50, after the government received new medical advice around the AstraZeneca jab following confirmation of a link to rare blood clots.

In a surprise press conference on Thursday night, Chief Medical Officer Paul Kelly said the Australian Technical Advisory Group on Immunisation had met after European authorities confirmed the link, and recommended the Pfizer shot be preferred for adults under 50 who have not already received their first AstraZeneca dose.

Under Australia's vaccine strategy, most Australians were expected to receive the AstraZeneca shot.

This breaking news is going to be a major setback in Australia’s rollout of COVID-19 vaccinations. It follows decisions made in other nations. The Secretary of the Health Department says he is confident more of the Pfizer supplies will be available ”in the near future”

Now the advice is that adults under 50 only get the first dose of the AstraZeneca COVID-19 vaccine in circumstances where the "benefit clearly outweighs the risk" for the individual, Professor Kelly said.

He said those who had already received their first AstraZeneca dose without serious adverse effects could safely get their second.

Prime Minister Scott Morrison said the new advice would be provided to the medical community, and it was ultimately up to individual Australians and their doctors as to how they proceed.

The development comes after the European findings on the AstraZeneca vaccine were made public, with women and people under 60 said to be at a higher risk of developing the rare clotting side effect.

"I want to reiterate that we are strongly encouraging those 50 and over to take up the AstraZeneca vaccine. It is a highly effective vaccine at preventing severe COVID," Professor Murphy said on Thursday night.

"The risk [of clotting side effects] is extraordinarily low."

Health Minister Greg Hunt said the advice was that the AstraZeneca shot remained a highly effective vaccine that was safe for over 50s.

The impact of the health advice and the broader vaccine rollout will be discussed by federal, state and territory leaders at Friday's national cabinet meeting.

The federal government had planned for every Australian to be offered at least their first dose of the vaccine by the end of October, with most receiving the AstraZeneca jab.

But the prime minister now concedes that timeline is in doubt.

"We expect that this will require some changes to the arrangements we have as part of the vaccination rollout," Mr Morrison said.

"This includes when we might expect first doses ultimately to be able to be offered to all Australians."

Later stages of vaccine rollout to be 'recalibrated'

Professor Murphy said authorities would be replanning the COVID-19 vaccine program's priorities and reviewing the purchases they had made.

He said the initial stage targeting vulnerable Australians would pretty much continue as planned.

"Those over 70 and 80 will continue to get AstraZeneca at their GPs and be confident in its efficacy and its safety," he said. 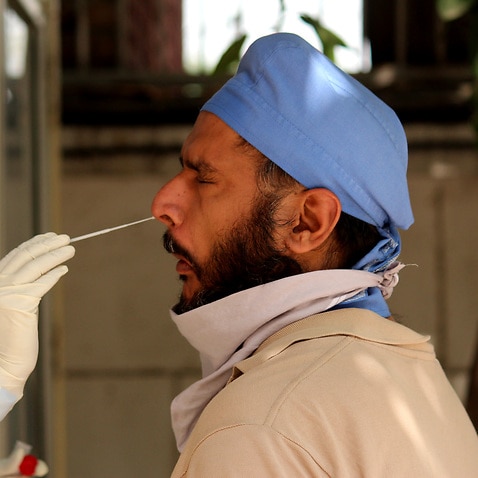 What makes India's new coronavirus variant different and what needs to happen next?

"For those healthcare workers under 50, they will now be prioritised to Pfizer and that might delay that particular phase of [stage] 1b.

"The important thing is that all of the vulnerable people, those vulnerable to severe COVID, will be covered as we planned by the middle of the year."

Professor Murphy acknowledged authorities would have to "recalibrate" and reprioritise Pfizer doses as the wider vaccine rollout proceeds. 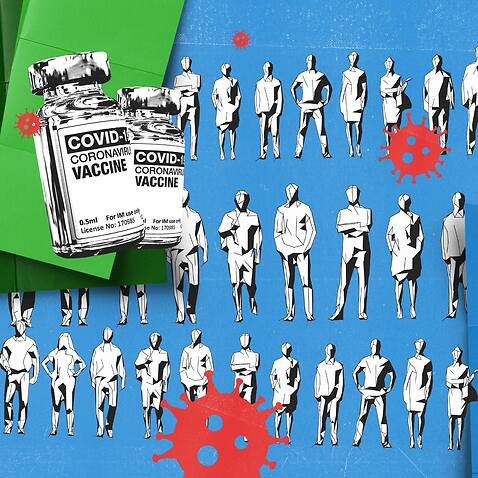 "We will have to replan the prioritisation of the program, replan with the states and territories ... how we will deliver vaccines. We'll have to come back at a later stage with better estimates on when things in each phase will be completed," he said.

Australia is not the only country to make AstraZeneca rollout changes in response to blood clot concerns.

The United Kingdom is offering people aged under 30 an alternative vaccine due to the risk, while other nations are considering warning labels.

The Philippine health department on Thursday suspended the use of the AstraZeneca shot for people under 60.