Australia's chief medical officer has insisted the AstraZeneca vaccine is safe and there is currently no evidence it causes blood clots. 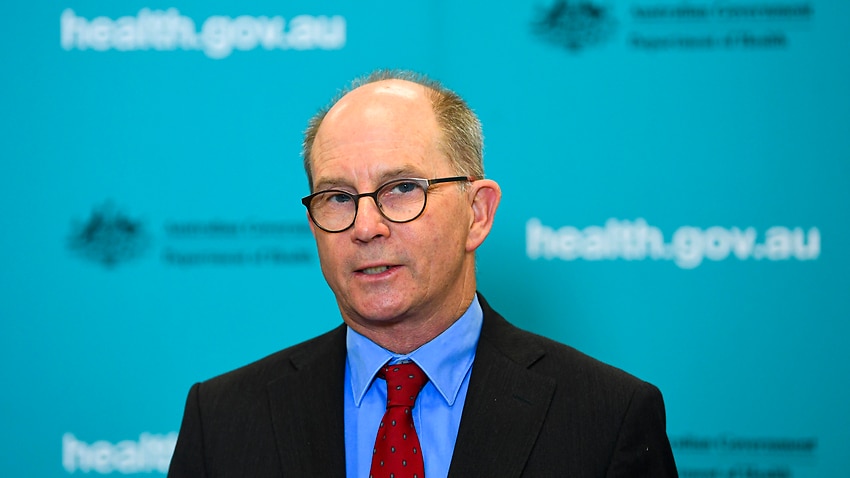 Australian politicians and health experts say they remain confident in the country's rollout of the AstraZeneca coronavirus vaccine, despite several European countries halting the jab over safety concerns.

Germany, France and Italy on Monday announced they will stop administering the vaccine after several countries reported possible serious side effects, including blood clotting.

But Australia's Chief Medical Officer Paul Kelly said he remains "absolutely confident" the AstraZeneca vaccine is safe, and that there is currently no evidence it causes blood clots.

'No concern' about AstraZeneca vaccine

AstraZeneca will be Australia's main COVID-19 vaccine, with CSL's Melbourne plant expected to start its rolling supply from next week, gearing up to produce one million doses each week.

Professor Kelly told reporters while authorities are closely monitoring the situation, there is no need to pause Australia's rollout.

"I want to make it very clear that here in Australia safety is our first priority. And in any large vaccine rollout, we do expect to see unusual events, and we monitor very closely and carefully for those," he said on Tuesday afternoon.

"But this does not mean an event that happens after vaccination has been given is due to that vaccine.

"We do always take it seriously, we do investigate. But in this situation, I can absolutely say that I remain confident in the AstraZeneca vaccine, that it is safe, and that there is at this point no evidence that it causes blood clots."

Professor Kelly explained that blood clots are fairly common in Australia - with about 17,000 cases each year - and it's expected they could occur around the time of vaccinations.

"But from my perspective, I do not see that there is any specific link between the AstraZeneca vaccine and blood clots," he said.

The Therapeautic Goods Administration (TGA) released a statement on Tuesday reiterating “there is no indication of an increased rate of blood clots happening or cause and effect with the AstraZeneca vaccine in Australia".

It said it “continues to be in close and frequent communication” with the European Medicines Agency about the concerns, as well as with “international counterparts through the International Coalition of Medicines Regulatory Authorities”.

In a statement, AstraZeneca said the "safety of all is our first priority".

"We are working with national health authorities and European officials and look forward to their assessment later this week," the statement said.

"Around 17 million people in the EU and UK have now received our vaccine, and the number of cases of blood clots reported in this group is lower than the hundreds of cases that would be expected among the general population."

When will you get the COVID-19 vaccine?

Treasurer Josh Frygenberg also said there was no evidence yet to confirm the vaccine caused blood clots, insisting it was safe.

"Both the European equivalent of our TGA as well as the World Health Organization have said that the AstraZeneca vaccine is effective, and there's no evidence of causation between the vaccine itself and blood clots," he told ABC radio earlier on Tuesday.

Nationals Senator Matt Canavan said Australia should follow the lead of Germany, France and Italy while authorities investigate potential links between the vaccine and blood clots.

"I don't see how we could continue when basically the whole of Europe is worried about this vaccine," he told Sky News on Tuesday.

Mr Canavan acknowledged the United Kingdom and Sweden were continuing with their rollouts, but questioned whether it was the best approach in Australia.

"I think it is incumbent on all of us in this place to support the vaccination program," he said.

"It's highly irresponsible to have people just freelancing on this stuff," she said on Tuesday.

The decision by the European Union’s three biggest countries to put inoculations with the AstraZeneca shot on hold threw the already struggling vaccination campaign in the 27-nation EU into disarray.

Denmark and Norway stopped giving the shot last week after reporting isolated cases of bleeding, blood clots and a low platelet count. Iceland and Bulgaria followed suit and Ireland and the Netherlands announced suspensions on Sunday.

Top WHO scientist Souyma Swaminathan has been urging countries not to panic.

"We do not want people to panic and we would, for the time being, recommend that countries continue vaccinating with AstraZeneca," she told a press briefing on Monday, adding there has been no association, so far, pinpointed between so-called “thromboembolic events” reported in some countries and COVID-19 shots.

The moves by some of Europe’s largest and most populous countries will deepen concerns about the slow rollout of vaccines in the region, which has been plagued by shortages due to problems producing vaccines, including AstraZeneca’s.

With additional reporting by AAP, Reuters