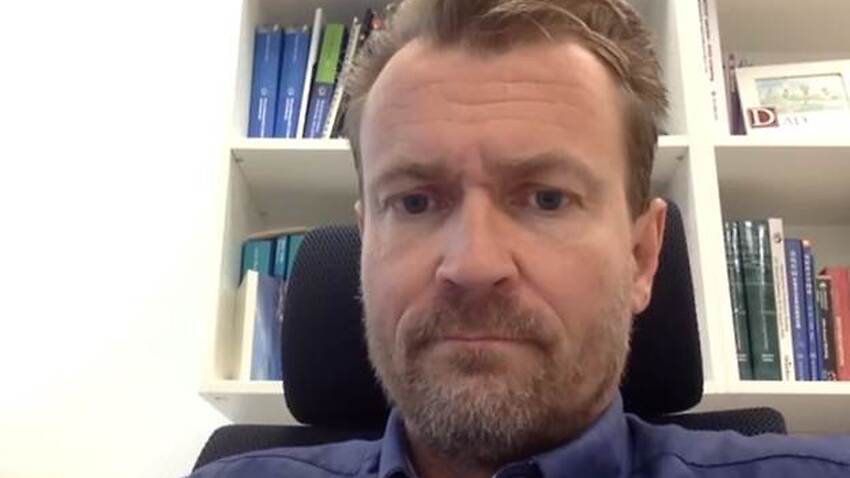 A senior doctor and member of the leadership council of the NSW medical union has been criticised for making controversial comments about women in medicine.

The remarks by Dr Hans Peter Dietz, which were sent on a group email to about 35 people in the union's committee, were made in response to a Sydney Morning Herald article last year about troubling results from a junior doctors survey on workplace culture.

Dr Dietz, a professor of obstetrics and gynaecology at the University of Sydney and Nepean Hospital, who also sits on the leadership council of the medical union ASMOF (NSW), said the workforce is “increasingly vulnerable because it’s increasingly female and not exactly prepared for adversity because school and Uni are ‘safe spaces' (sic).”

“Suicides are one result. Inability to cope with everyday nastiness is another,” he added.

Read More
Why are rates of mental illness so high among junior doctors and nurses?

When Dr Dietz was challenged on his comments via email by a female member of the union's committee, the following day he replied:

“The main issue seems to be that women and men are somehow supposed to be the same, interchangeable.

“In fact, they’re more expensive to train in the sense that their lifetime work years will be less.”

The welfare of junior doctors in Australia has been under the spotlight in recent years. Source: SBS News

The comments were made in November last year. Dr Dietz remains on the leadership team.

When approached by SBS News this week, Dr Dietz declined to comment.

The NSW branch of ASMOF, of which Dr Dietz is a member of the leadership council, is described on its website as striving to “protect, promote and advance” the interests of public hospital doctors “in a fair and just society”.

The president of ASMOF (NSW), Dr Antony Sara told SBS News in a statement the “sentiments in [Dr Dietz's] emails are totally unacceptable and in no way reflect the view of ASMOF”.

"At the time, the member who sent the email was told in no uncertain terms by the president that these views were not the views of the union," he said.

Dr Sara also said since November last year, the governing body unanimously passed a motion that stated the union “opposes all forms of bullying and discrimination.”

In ASMOF's own Sexual Harassment and Gender Equity in Medicine survey released in March, it found gender-based discrimination continues to occur in the industry. It also found fifty-five per cent of female doctors surveyed had been sexually harassed in their workplace, with rates higher for those in training.

ASMOF went further to say in its submission to the National Inquiry into Sexual Harassment in Australian Workplaces: "A cultural shift in medicine will require strong leadership, and doctors are keen to see the most senior doctors rise to the challenge."

There is no suggestion Dr Dietz is involved in any sexual harassment allegations.

Dr Melissa Yang is a co-founder of Doc to Doc, a support network for female doctors set up in 2017 after a number of physicians suicided.

She says she agrees with Dr Dietz that the medical workforce is becoming increasingly vulnerable - but the reasons have nothing to do with gender.

Dr Melissa Yang is a co-founder of Doc to Doc, a support network for female doctors. Source: SBS News

“I think it was hugely disappointing to see that such comments could come from someone in a leadership position, both within the union and at a tertiary Australian hospital, and an obstetrician no less,” Dr Yang said.

“The workforce is very outstretched from a resource capacity and the resources we have are becoming less and less for an increasing population of patients that we serve, but this has nothing to do with the profession being more female."

Read More
Sexism is rife in Australia, largest survey of its kind finds

Doc to Doc allows its members to provide anonymous peer to peer support within its online network.

“From what we have seen in discussions around gender discrimination and bias, it is happening at all levels in the workplace,” Dr Yang said.

“We hear about stories of bias in hospitals at an institutional, as well as interpersonal basis.”

“These are incredibly outdated attitudes and I’m saddened that they're coming from somebody in a position of leadership.

A spotlight has been on the wellbeing of doctors in recent years after the suicides of several junior doctors in Australia.

In February, Sydney based surgical trainee, Yumiko Kadota wrote in a public blog about why she gave up her ambition of becoming a surgeon at the age of 31.

Dr Kadota says she was made to work up to 70 hours a week, was on-call ten days every fortnight, and on one occasion was dismissed as “an emotional female” by a male colleague.

Women now account for about 60 per cent of medical students in Australia and New Zealand but are under-represented in most specialty areas and leadership positions.

Do you know more about this story? Have you been affected by gender discrimination in the workforce? Contact linevlin@protonmail.com (secure email) or investigations@sbs.com.au