Four foreign inmates have escaped from Kerobokan prison on the Indonesian resort island of Bali using a tunnel, officials said on Monday.

An Australian man has allegedly escaped Bali's Kerobokan prison, after he and three other foreign inmates are believed to have dug a 12-metre long tunnel underneath one of the jail's walls, police say.

Shaun Davidson, 33, from Perth was sentenced to one year in Kerobokan last September for immigration offences after he used another man's passport.

He is among four foreign prisoners who allegedly made a brazen escape on Monday sometime after 6.30am, police said.

It is believed the four made a dash for it through a tunnel found behind the jail's medical clinic. 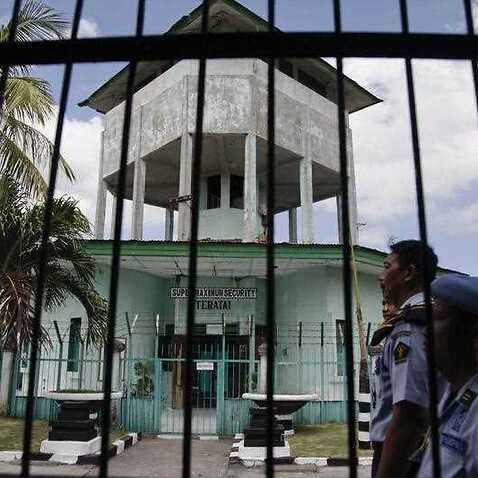 "The tunnel is about 12 metres (39 ft) long and we suspect it took more than a week to build," prison chief Tony Nainggolan said, adding that police had launched a search and believed the men were still in Bali and not far from the prison.

Davidson's photograph, along with his three fellow escapees, have been circulated around Bali as police attempt to find the men.

All the men are serving time for various offences at Kerobokan's Bedugul block.

Dimitar Nikolov Iliev, 43, from Bulgaria is serving a seven-year term for money laundering, and alleged fellow escapee Saye Mohammed Said - a 31-year-old from India - is serving a 14-year sentence for drugs, police said.

Davidson has just two months and 15 days left of his sentence to serve, at which point he would have faced deportation.

He also has a warrant out for his arrest on drug offences in Perth.