The federal government is under pressure to step in and help prop up the music and arts sector. 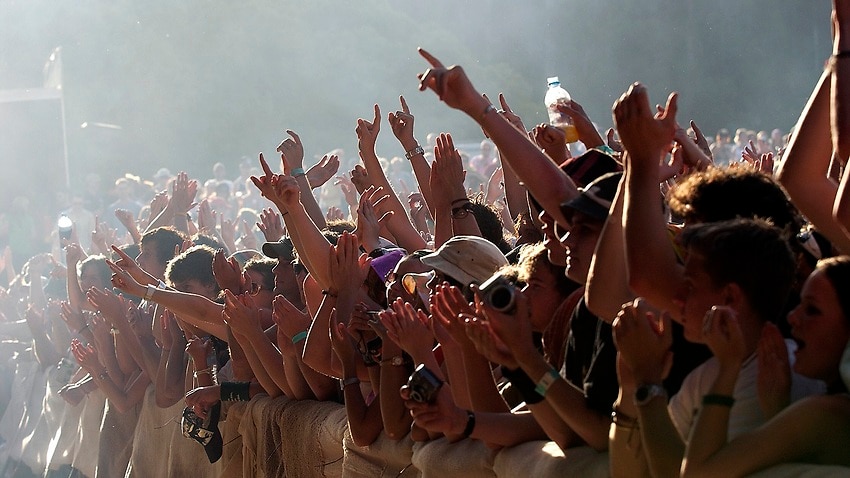 More concerts may be cancelled because of the coronavirus. Source: Getty

Australia's music and arts sector is bracing for a multi-million dollar hit as the coronavirus outbreak worsens.

The past week has seen a string of local and international festivals cancelled, including Tasmania's Dark Mofo and South by Southwest in the US.

On Thursday, chief executive of Live Performance Australia Evelyn Richardson told SBS News many in the industry were worried cancellations will continue in the months ahead.

"We are a $2.5 billion industry, we employ a lot of people – this is going to have a significant impact," Ms Richardson said.

"We're looking at a financial impact of hundreds of millions of dollars … and that would be a conservative estimate."

She stressed that for every cancelled rock concert or theatre event, there is a major "flow-on".

"There are a lot of moving parts with a show … There are the performers, there's the crew, there are many people involved in shows, some of which cost millions of dollars to put together."

'It's a substantial hit to our business'

Tasmania resident Chris Veevers is one of the thousands of Australians working in the music and arts industry.

Mr Veevers is a director at VJAM, a company that provides audio, lighting and staging services to festivals and events, including Dark Mofo.

"I had a meeting in Hobart with [organisers] MONA yesterday and they were gutted they had to pull the pin on it. They certainly understand the economic ramifications," Mr Veevers told SBS News.

"MONA is one of our largest customers … So it's a substantial hit to our business."

Mr Veevers said 15-20 of his staff were set to work over the two-week festival, in addition to a team of extra contractors.

Dark Mofo 2020 has been cancelled due to concerns around the impact of coronavirus. Read the full statement: https://t.co/VzvRGu4SZC pic.twitter.com/s1BFya3T5c

And he said with the outbreak worsening, it looks like a grim few months ahead for the company.

"The issue is just about everything we do is based around congregations of people," he said.

"And I can't see it getting better any time soon."

Live Performance Australia's Ms Richardson said the government needed to step in and help prop up the music and arts sector at this time.

"We're particularly vulnerable and we're very concerned that many of the businesses – commercial and subsidised – won't see this through … We're looking at support from the federal government to survive," she said.

"We are calling on the government to provide financial support to our industry now to ensure that we are able to manage our way through this and ensure that we've got our businesses intact when we come out the other end."

A concert in Switzerland with no audience due to coronavirus fears. Source: Getty

On Thursday, Prime Minister Scott Morrison outlined a $17.6 billion economic plan to deal with the outbreak.

It included a one-off, tax-free $750 cheque for 6.5 million welfare recipients and pensioners as well as payments for eligible small and medium businesses.

SBS News asked Arts Minister Paul Fletcher how the music and arts sector was directly being supported through the outbreak.

"The government is aware that the COVID-19 outbreak is causing wide-ranging impacts on all sectors across Australia," a spokesperson for the minister said in a statement.

The spokesperson said the $17.6 billion economic plan "will benefit around 690,000 businesses employing around 7.8 million people including those eligible in the arts sector".

"[And] I encourage the arts sector to continue monitoring advice from health and government authorities in planning their events."

Workers already 'at the economic margins'

The Media, Entertainment and Arts Alliance (MEAA) has also voiced concern that the government is not doing enough for the music and arts sector at this time.

A MEAA spokesperson told SBS News on Thursday, "this will be challenging for all workers in the sector".

"Many performers, crew and front of house staff are already working at the economic margins as a result of intermittent work and relatively low levels of income security and limited if any access to paid leave entitlements," the spokesperson said.

"It is extremely disappointing that the federal government announcement today failed to adopt the union movement's call for a further two weeks leave to be made available to employees and that equivalent entitlements be extended to individual contractors who are impacted by the virus."

Mr Morrison said on Thursday individual contractors and casual employees impacted by coronavirus can access a sickness allowance via Centrelink and that the one-week waiting time for this benefit will be waived.

There have been at least 128 cases of COVID-19 in Australia, with three deaths and at least 21 people recovered.