Physicist Michelle Yvonne Simmons has been named as 2018 Australian of the Year.

One of the world's leading scientists, Professor Michelle Yvonne Simmons, will spend 2018 as the Australian of the Year after taking out the top honour at an awards ceremony at Parliament House in Canberra on Thursday evening.

Prof Simmons is a pioneering physicist who leads the quantum physics department at the University of New South Wales.

During her acceptance speech, Prof Simmons said she was a woman working in a predominately male world and hoped to shatter expectations of what careers women should pursue and achieve.

"I think one of the important things - and the message I hope to get out there - is to defy those expectations," Professor Simmons said.

"Don't live your life according to what other people think. Go out there and do what you really want to do."

Prof Simmons also imparted some wisdom to young people, both male and female, saying the biggest rewards come from taking on the biggest challenges and urged them to "be proud of your country and who you are". In 2012, Prof Simmons was part of the team that created the world's first transistor from a single atom, along with the world's thinnest wire.

She is working on building a quantum computer that's so advanced it can solve problems in minutes that would otherwise take thousands of years.

Scientists have hit a rich vein of form in the Australian of the Year awards. Last year's winner was stem cell researcher Professor Alan Mackay-Sim. 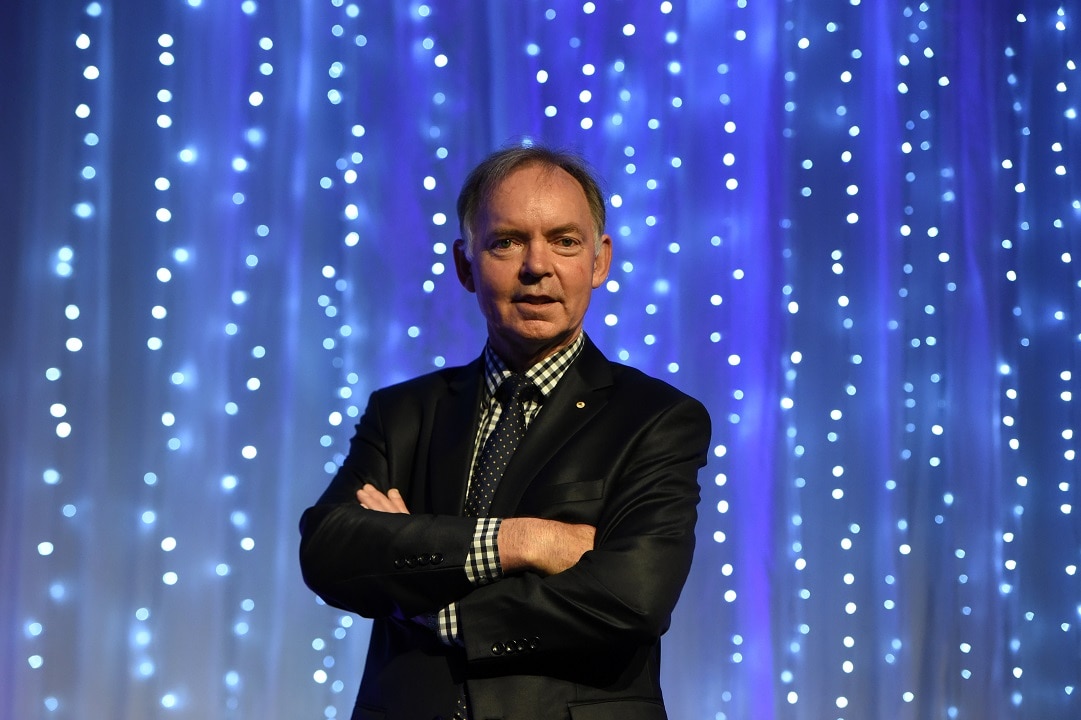 This year's Senior Australian of the Year is biophysicist Dr Graham Farquhar.

The 70-year-old focuses his work on food security and feeding the world's population.

Since 1980, Dr Farquhar has taken a string of international awards for his research in agriculture and climate change.

The biophysicist kicked off his speech with a joke: "I would like to thank the Commonwealth Bank for their support over 30 years and particularly to the Department of Health for keeping us alive and ready to take on seniors awards.

"I would like to see an Australia that values creativity of all kind, scientific creativity of course but technical, sporting, artistic, organisational and creativity."

Dr Farquhar continued: "I thank the Australian of the Year family for this opportunity.

"I would like to point out the incredible talent that is here tonight with the other nominees in the seniors." The 24-year-old plays for the Australian women’s soccer team, the Matildas. She first represented her country when she was 15.

Her accolades include 2017 AFC Women’s Player of the Year, Australian Sports Woman of the Year and last year’s Most Valuable Player in the US Women’s Soccer League.

"I'm truly humbled by this award. It is a massive honour," Kerr said.

"Australia Day means a great deal to me and my family and being Australian is something we are all very proud of.

"For me, personally, nothing gives me a greater sense than pulling on the No. 20 jersey for the Matildas. Already boasting more than 100,000 followers on YouTube, he tries to make maths fun.

"Thank you Australia. I stand before you, not as an individual, but as a proud representative of every teacher around the country who labours day after day, year after year because we know the power of giving a child the priceless gift of an education," Mr Woo said after receiving the award.

"I'm honoured to receive this award. The truth is I am no more a hero than anyone else. There is nothing special or extraordinary about my classroom, all I've done is open a window through the Internet to the hard work and dedication that happens every day in schools around the country.

"Today, I call on every Australian to truly value education."