The government is also adding $1.5 billion to its wage subsidy scheme for apprentices and trainees that was announced as part of its first tranche of coronavirus economic support.

Nearly 350,000 young Australians who face entering the workforce in a recession will be able to learn new skills for free or nearly free if states sign up to a new billion-dollar training deal.

The federal government is unveiling a new skills package on Thursday for school leavers and people looking for work to take up courses in areas like healthcare, transport, manufacturing and retail.

Prime Minister Scott Morrison is backing the plan with $500 million in commonwealth money, to be matched by the states, and has branded it JobTrainer.

"COVID-19 is unprecedented but I want Australians to be ready for the sorts of jobs that will come as we build back and recover," he said.

"The jobs and skills we'll need as we come out of the crisis are not likely to be the same as those that were lost." 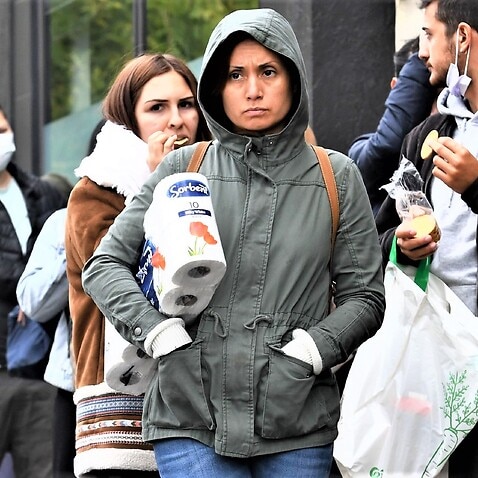 Employment Minister Michaelia Cash said the government was days away from getting all the states and territories on board.

"If it genuinely supports apprentices and it genuinely keeps people in jobs then Labor will obviously welcome it and support it," he told reporters in Brisbane.

The commonwealth funding will hinge on states signing up to a new vocational education agreement. States already signed up will start rolling out the scheme by September.

Queensland Premier Annastacia Palaszczuk has confirmed her government is on board, while most states were supportive at Friday's national cabinet meeting.

"The building and construction industry trains more apprentices and provides more full-time jobs than any other sector in the economy," she said.

The initial program covered half of an apprentice's wage for nine months until the end of September.

The money will make a range of short courses delivered via TAFEs and private providers free for students.

Other courses that lead to qualifications including Certificate III and IV and diplomas - more likely to be taken up by school leavers - would be subsidised.

The new National Skills Commission will identify which specific skills shortages they should address that will be critical to Australia's economic recovery.

While no deal has been done with the states yet, it's understood most were supportive when the idea was discussed at the national cabinet meeting last Friday.

The commonwealth funding will hinge on the states signing up to a new overall vocational education agreement with the Morrison government. The prime minister said in May he wants this new deal to link funding to teaching the skills businesses actually need, simplifying the system, better coordinating subsidies and increased transparency.

Mr Morrison is also adding $1.5 billion to wage subsidies for apprentices and trainees, expanding the scheme announced in March to cover medium-sized businesses with under 200 employees and extending it for six months, until March 2021.

The initial program, announced as part of the government's first tranche of coronavirus economic support, covered half of an apprentice's wage for nine months until the end of September.

At the time, Mr Morrison said it would support the jobs of 120,000 apprentices and trainees.

Its expansion gives it the potential to cover more than 91,300 businesses.