Sydney's Nova Entertainment has become the latest radio group to announce they are taking the late "King of Pop" off the air. 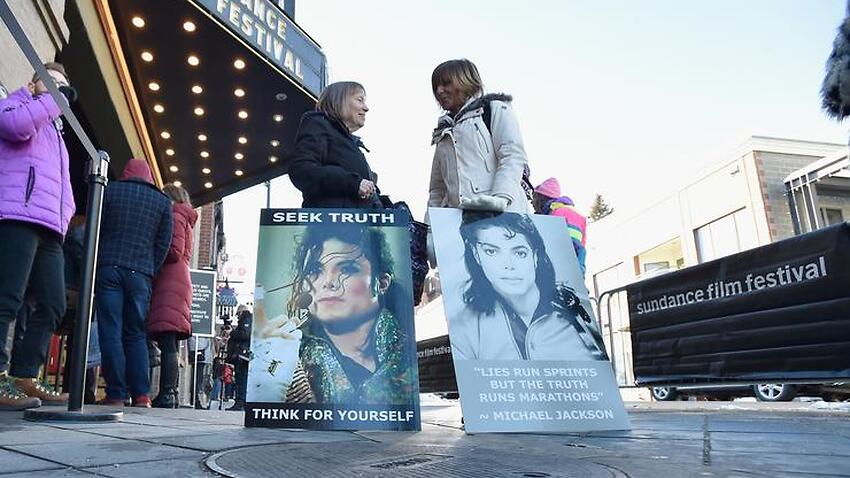 Radio stations in Australia, Canada and New Zealand are refusing to play Michael Jackson's music in the wake of fresh allegations against him of child sex abuse.

Sydney's Nova Entertainment on Thursday became the latest radio group to announce they are taking the late "King of Pop" off the air in response to public opinion.

The move comes after the broadcast of a US documentary "Leaving Neverland" that featured two men who claimed Jackson sexually abused them for years.

"In light of what is happening at the moment, SmoothFM is not currently playing any Michael Jackson songs," local media quoted Nova's programme director Paul Jackson as saying.

An aerial view of the Neverland Valley Ranch Source: Getty

The documentary has not yet been broadcast in Australia. A second major Australian radio network, ARN, said it was "closely monitoring audience sentiment in relation to individual artists".

In New Zealand, the star's songs are now almost totally absent from the airwaves, after being pulled by the country's two biggest radio networks, MediaWorks and NZME.

The two companies between them dominate commercial radio.

"We aren't deciding whether Michael Jackson is guilty of paedophilia, we're just making sure our radio stations are going to play the music people want to hear," MediaWorks director of content, Leon Wratt, told Magic FM.

He said the decision was "a reflection of our audiences and their preferences".

NZME group director of entertainment, Dean Buchanan, confirmed Jackson's material was off the air, though he shied away from talk of a ban.

The HBO documentary, which aired in the United States on Sunday, has rekindled long-running questions about Jackson's relationship with children.

Two men, James Safechuck and Australian-born Wade Robson, say Jackson sexually abused them when they were aged 10 and seven.

There had been persistent rumours of throughout Jackson's life, but no allegations were ever substantiated.

The four-hour two-part documentary - which premiered at the Sundance Film Festival this year - has made sure those allegations continue a decade after he died of an overdose.

Jackson's estate has denied wrongdoing and filed a $100 million lawsuit against HBO.

"Ten years after his passing, there are still those out to profit from his enormous worldwide success and take advantage of his eccentricities," the suit claimed.

Off air in Canada

The decisions not to play Jackson's music will no doubt further tarnish his brand and could result in a loss of radio royalties.

But it is far from clear that listeners on digital platforms are abandoning the singer in the same way, and "The Essential Michael Jackson" is still the 65th most downloaded album in Australia.

Earlier, a chain of dozens of Canadian radio stations said they would not play Jackson megahits such as "Billie Jean" and "Bad" for the time being.

"We are attentive to the comments of our listeners, and the documentary released on Sunday evening created reactions," Christine Dicaire of Cogeco - which operates radio stations in Quebec and Ontario - said in a statement to AFP.

"We prefer to observe the situation by removing the songs from our stations, for the time being."

In Britain, where "Leaving Neverland" was set for release Wednesday and Thursday, reports said the BBC had also shelved his music.

While a spokeswoman for the network told AFP it does not ban artists, the organisation said in a statement: "We consider each piece of music on its merits and decisions on what we play on different networks are always made with relevant audiences and context in mind."