Reports have emerged of Australian women and children being abducted from the al-Hawl camp in Syria - with advocates expressing serious concern for their safety. 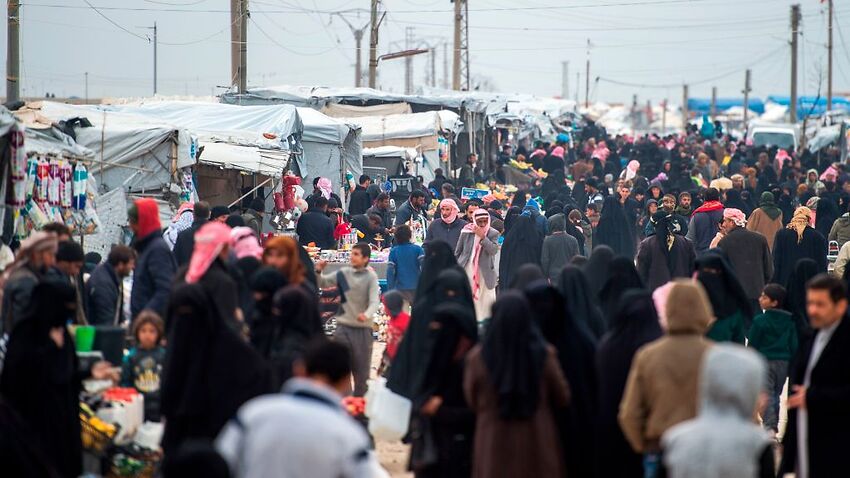 Four women and 10 children were reportedly handcuffed and taken from the camp - in northeast Syria - late on Saturday night.

“We have got really grave concerns for the fate of those ... that have been caught up in what’s been reported as a snatching from the camps in al-Hawl,” he told SBS News.

“We don't know their whereabouts at the moment so we certainly have grave fears for their well being."

There are around 20 Australian women and 47 children in the al-Hawl camp, which is home to almost 70,000 refugees stranded after the conflict with Islamic State in Syria.

According to reports, armed men arrived at the camp in the middle of the night in vans before forcibly removing some 14 Australian women and children.

It’s understood the group of children ranged in age from one to 16 years.

Kamalle Dabboussy, whose daughter and grandchildren are located in the camp, has issued a plea for help from the Australian government.

He said reports of the traumatic incident had left him further worried for the safety of those in the camp.

Father’s Day was hard enough, my daughter trapped and ignored by @ScottMorrisonMP. Today I wake with the news that 10 Aust kids are missing. tents, beds, & clothes destroyed. No one in Govt can tell me if they are alive? Bring them home #alhol #auspol @MarisePayne. Before a death

The Kurdish Syrian Democratic Forces, who were allies with Australia in the fight against Islamic State, have control over the camp.

Mr Tinkler said there was no clear understanding of the motivations behind the incident but believed it was likely an authorised response by Kurdish authorities.

"That may indicate hopefully they are being transferred elsewhere," he said.

In a statement a spokesperson for the Australian government said they were aware and monitoring the situation closely.

“Our ability to provide consular assistance and passport assistance to Australians in both Syria and Iraq remains extremely limited due to the exceptionally dangerous security situation,” the spokesperson said.

Save the Children and Mr Dabboussy have made repeated calls for the Australian government to intervene to rescue the refugees, citing concerns for their safety and the camp's conditions.

But the Australian government has expressed concern that women in the camp could retain radicalised views, with some former brides of Islamic State fighters.

The United States government, Red Cross and United Nations have made offers to assist countries in repatriating citizens in Syria linked to the conflict with Islamic State.

"They need to be brought home as soon as possible - there is no real excuse left for the Australian government," Mr Tinkler said.

The government said it would not risk the lives of Australian officials to try and rescue people from such a dangerous situation.

The Australian government said it continues to work with aid agencies to provide support to those in al-Hawl.