Deputy Prime Minister Barnaby Joyce has mocked Bill Shorten's plan to hold a national vote on becoming a republic, saying Australians instead 'give a toss' about their power bills and jobs.

The Labor leader on Saturday announced his plan to take a simple yes or no question to the people in his first term of government if he was elected.

But Mr Joyce said the proposal would not help deliver jobs and did not contribute to the country's economic development.

When asked if he thought Australians "couldn't give a toss" about becoming a republic, he said he was sure they could, but the first thing they "give a toss about is what their power bill is like".

"Everybody has an opinion on a republic," he told the Nine Network's Today show on Saturday.

"We basically know what it is. The day will come at some point in time where people have another referendum, I suppose.

"That is not what is pressing at the moment.

"If you want to see what is pressing at the moment, go to any office and say what is the issue coming here and they will say, 'I cannot afford my power bill'." 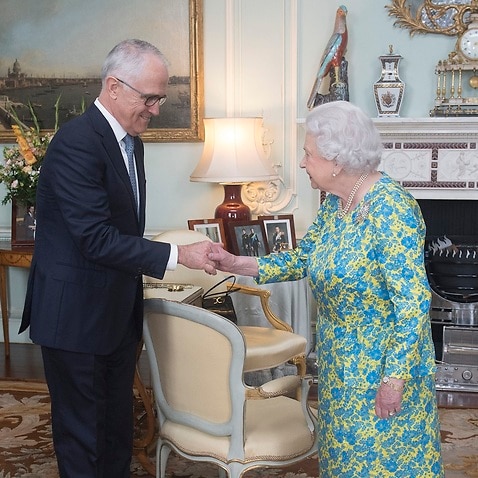 Shorten committed to holding a national vote on becoming a republic if Labor wins government at the next federal election.

The opposition leader told party delegates at the Queensland state conference on Saturday that "real steps" would be taken to have an Australian head of state in the first term of government.

"We will put a single, a straightforward 'yes or no' question to the Australian people," he said.

Mr Shorten said he suspected Australians would vote in favour of the change, but it would not alter the respect for Queen Elizabeth II or her service.

"We're not Elizabethan, we are Australians," he said.

"Our head of state should be an Australian too, it's time we got on with this and we will."

Liberal Senator Eric Abetz said the plan was just "a peek into the ultra-left wing agenda" the nation would be subjected to under Labor.

"Australia is the best country on earth yet Bill Shorten and his Labor Party want to change everything about it," he said in a statement.

"Our system of government, our flag, our national anthem and even Australia Day are on the chopping block under Labor in favour of a political correctness crusade of which extreme Green Senator Lee Rhiannon would be proud."

Senator Abetz said Australians would "not stomach these divisive distractions" that were designed to shift focus from issues that mattered.

Mr Shorten is expected to promise to appoint a minister with direct responsibility for driving the debate, during a speech to the Australian Republican Movement in Melbourne on Saturday night.