Chief Medical Officer Paul Kelly has also urged people who received their first shot of AstraZeneca to get a second dose, saying "you need to match, not mix" vaccines. 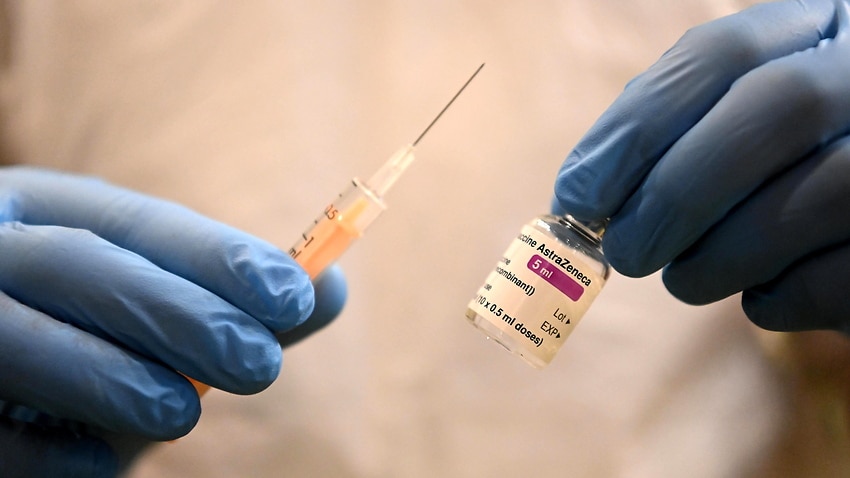 There will be one item on the agenda when Scott Morrison chairs an emergency national cabinet meeting on Monday - the COVID-19 vaccine rollout. Source: EPA

The coordinator of Australia's COVID-19 vaccine rollout says supplies are being "carefully managed" ahead of a major ramping up of doses from August.

Prime Minister Scott Morrison, who is quarantining at The Lodge in Canberra following an overseas trip, met via teleconference with state and territory leaders on Monday to discuss the rollout.

Premiers have been critical of a shortage of supplies.

Lieutenant General John Frewen, who is in charge of logistics for the vaccine rollout and briefed the national cabinet, told reporters the premiers had now been given a detailed breakdown of what supplies they can expect, including dose number forecasts.

"We are still in a resource-constrained environment we need to carefully manage," he said.

"But on current forecasts, we are looking forward to ramp up availability of Pfizer through August into September and into October."

The premiers were told they would get supplies based on their population proportion, which NSW Premier Gladys Berejiklian described as a "relief" to hear.

"What we highlighted today was the need for the federal government to increase the capacity of the GP network," she said.

Authorities revealed NSW's request for an additional 50,000 Pfizer doses had been approved before national cabinet.

By the end of July, all 136 Commonwealth vaccination clinics, 40 Aboriginal health services and 1300 GPs will be administering Pfizer.

General Frewen said it remained the plan to offer vaccines to all Australians by the end of the year.

Read More
Australians under 60 will no longer receive the AstraZeneca vaccine. So what's changed?

Australian Medical Association vice-president Chris Moy said he was concerned about the rate of patients cancelling their vaccinations after new advice about the AstraZeneca vaccine led to the cut-off age for people to receive it was lowered from 60 to 50.

"This recalibration of the advice is causing significant practical problems," he told ABC Radio Adelaide.

He restated advice for people who received their first shot of AstraZeneca to get a second dose.

"You need to match, don't mix," he told reporters.

Officials are pleased 98 per cent of people turned up for their second dose appointments last week, for both the Pfizer and AstraZeneca jabs.

Professor Kelly said the latest survey data on vaccine hesitancy showed the rate of people not prepared to take up vaccinations was stable.

There have now been 6.59 million vaccine doses delivered in Australia including 1.21 million in the past week.

General Frewen said he would soon start releasing information on the rate of fully vaccinated Australians.

"I will be working to make that detail available at the earliest opportunity," he said.

The prime minister is keen for states and territories to lift their vaccination rates.

"We'll work closely with the states and territories - there's no need for argy bargy about it," Mr Morrison said.

"We'll just get on and work together, which is what I think people expect state and Commonwealth governments to do."

General Frewen is working on a new advertising campaign to encourage people to take up vaccines.

"We're just working at the moment to manage the commencement of that in line with the supplies available because we want to make sure we don't start the campaign until we are comfortable to meet the demand."