Azeem Rafiq, the former player who has shone a light on racism in English cricket, has now apologised himself for antisemitic messages he sent 10 years ago. 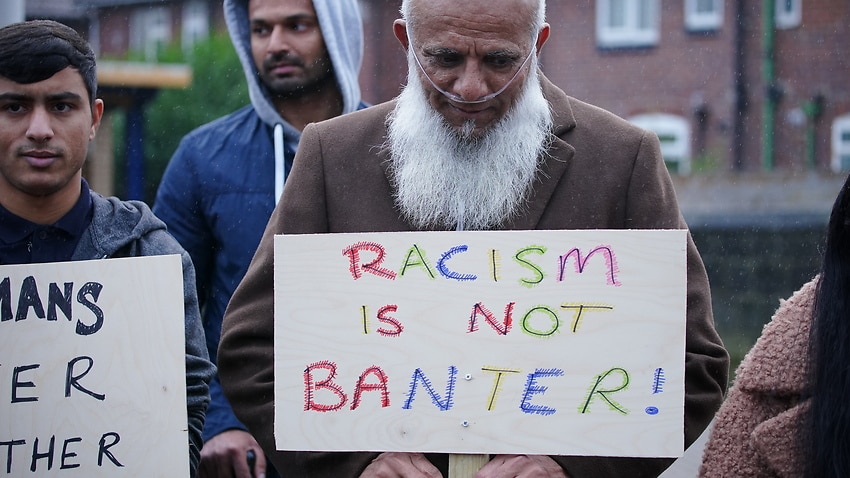 A protest in support of former cricketer Azeem Rafiq, after he spoke out about the racism and bullying he suffered over two spells at Yorkshire. Source: Getty

Azeem Rafiq, the former cricketer whose revelations about the racism he suffered at Yorkshire has sparked a crisis in the English game, has apologised after admitting that he sent antisemitic messages 10 years ago.

British newspaper The Times reported that it has seen an exchange of messages sent between Rafiq and another former cricketer, Ateeq Javid, and which contain disparaging comments about an unnamed Jewish person.

Rafiq confirmed in a post on Twitter that he did send the messages and has "absolutely no excuses."

"I am ashamed of this exchange and have now deleted it so as not to cause further offence," Rafiq wrote.

"I was 19 at the time and I hope and believe I am a different person today. I am incredibly angry at myself and I apologise to the Jewish community and everyone who is rightly offended by this."

At no point will I ever try and defend the indefensible

For those I have hurt I am sincerely sorry

Rafiq, a former England under-19 captain, testified through tears at a parliamentary hearing on Tuesday about his experiences of racism and bullying while playing for Yorkshire.

The England and Wales Cricket Board has suspended Yorkshire from hosting international matches over its "wholly unacceptable" response to the racism faced by Rafiq, while some of the club's sponsors are ending deals.

On Thursday, British sports minister Nigel Huddleston called for cricket to "get its house in order" and raised the possibility of independent regulation if it did not.

Somerset investigated two tweets sent in 2012, when Brooks played for Northamptonshire, as well as claims that he used the name "Steve" to refer to Cheteshwar Pujara when the Indian Test batsman was at Yorkshire.

The club said in a statement that Brooks, 37, was "embarrassed and devastated that his comments offended people" and the player would now participate in training on diversity and inclusion.

"He has acknowledged that, while they were made nearly a decade ago when he was less mature, the content of the posts was wrong and not in accordance with his personal values," the statement added.

"Jack has engaged honestly and openly throughout the investigation and unreservedly apologises for his past errors."

"I acknowledge that the language used in two tweets I made in 2012 was unacceptable and I deeply regret using it," Brooks said in a statement.

"I unreservedly apologise for any offence cause to anybody who may have seen these tweets."