Australia's Deputy Prime Minister is one of the leading contenders to be voted the 2018 New Zealander of the Year.

Deputy PM Barnaby Joyce is currently coming second in the race for nominations to be New Zealander of the Year for 2018, awards manager Glyn Taylor confirmed with SBS World News.

It was revealed earlier this month that Joyce has dual citizenship through his New Zealand-born father.

Mr Taylor said Joyce's eligibility for the awards will be assessed after nominations close on September 18.

The judging panel will evaluate the nominations and a shortlist of 10 will be announced in December. A press release from the event organisers (SBS)
SBS

Ms Taylor said nominations came from all fields of achievement and community service.

"It's not unusual for people of the moment to attract significant support during the public nominations period," he earlier told the NZ Herald. 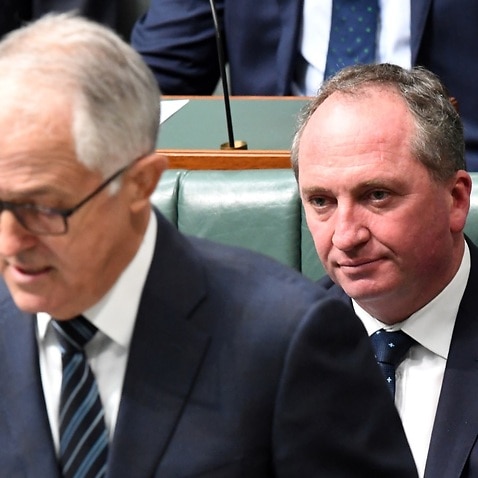 What's next for Barnaby Joyce?