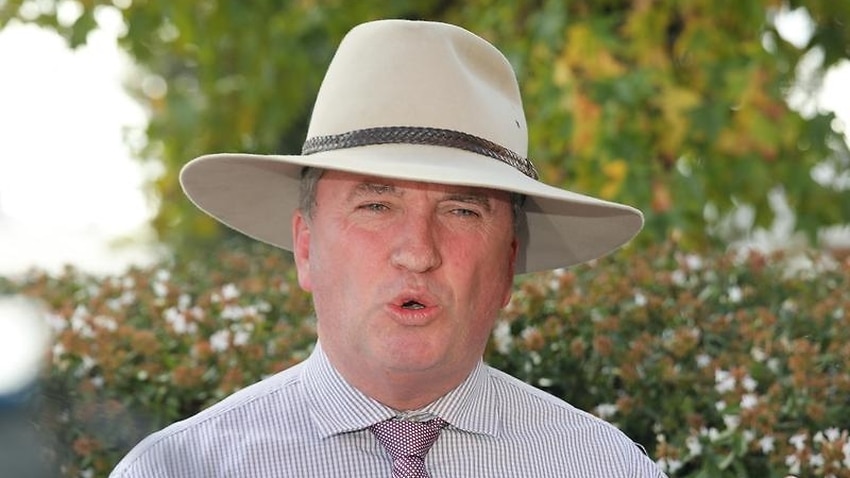 Mr Joyce said the current payment of $550 a fortnight for single, childless recipients is not enough to live on, urging his party's Coalition partners to lift the allowance.

"I suppose you can get another cash job selling drugs or something, that's not quite what we want.

"It's got to be an impetus for you to want to find work but not unnecessarily cruel your life."

The Nationals MP joins a chorus of business and welfare groups, economists and Labor MPs campaigning for an increase in the rate that has fallen in real terms by 40 per cent over the past 25 years.

Read More
There are zero affordable rentals for a single person on Newstart, Youth Allowance in major cities

Mr Joyce who represents the northern NSW seat of New England said it was particularly difficult for regional residents to get by on the payments, despite lower housing costs.

"The reason rent's cheap you'll make up for it in petrol. You'll have to drive where ever you have to go," he said.

"You can bet your life if you're doing it tough you're going to have an efficient car, your inefficient car is going to make it dearer still.

"It's just the very nature of being poor, it's more expensive to live.

"Things go wrong they need to be fixed. Cars break down because they're old. The heater you buy is the inefficient one."

Prime Minister Scott Morrison is resisting increasing pressure to lift the payment by at least $75 a week, arguing 99 per cent of recipients also get at least one other type of welfare.

"More importantly, it is about getting people into jobs and the latest jobs figures showed 20,000 additional full-time jobs. That is good news, great news, more jobs. How good are more jobs?" Mr Morrison said.

While the government argues the unemployment payment is intended to be short term support, Department of Social Services figures provided to The Australian show the average time spent on Newstart is 156 weeks or three years.

Former teacher Shelley Hayes lost her job after being hospitalised with severe depression three years ago and hasn't been able to secure a new position since.

She considers herself fortunate because she has superannuation that she can access to help cover the basics.

"I'm a single woman and I live on my own and I've got a mortgage so without the assistance of my superannuation, I'd probably be homeless."

The 64-year-old, who lives in Coraki in northern NSW, said more politicians needed to take a more compassionate approach like Barnaby Joyce.

"Barnaby Joyce would probably be the first because a lot of them are so out of touch with reality," she said.

"No matter where you live, getting by on Newstart is really tough. Instead of supporting people through tough times to find suitable paid work, Newstart leaves people to choose between a roof over their head and food on the table," Ms Phillips said.