Basketballer Ben Simmons has become the highest paid Australian athlete, after snagging a $242 million contract extension with the Philadelphia 76ers.

The 6 foot ten Melbournian turns 23 on Saturday - knowing he will become the highest paid Australian athlete ever.

As the first Australian to win NBA rookie of the year, in 2017, Simmons has slam dunked the maximum amount the NBA franchise can offer him - 242 million Australian dollars.

The five-year deal with the Philadelphia 76ers won't start until the 2020-21 season. 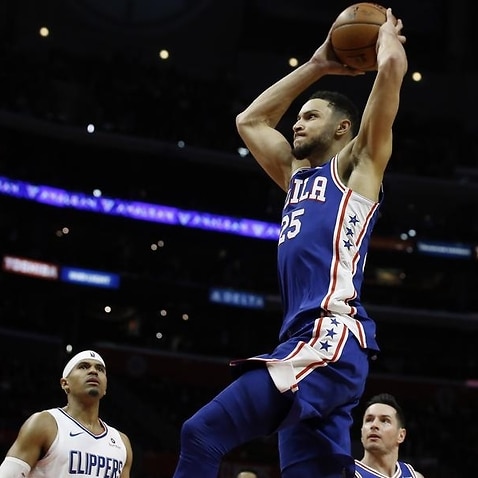 Simmons' deal dwarfs the earnings of players like the NRL's Daly Cherry-Evans and Jason Taumalolo.

Cherry-Evans - the NRL's top earner - is on an eight-year contract worth about $1.3 million per season. For perspective, the highest paid AFL and NRL player would have to play more than 180 years to match Simmons' new total earnings.

And, with his new contract, he could bankroll the salaries of every player in the NRL for more than a year.

According to The Daily Telegraph, Andrew Bogut earned $US118 million in his entire, 15 season career and Spurs guard Patty Mills has accumulated $US48 million since he was drafted in 2009-10.

There's a three-month window to decide if the 2020 Olympics will go ahead, IOC member says

Amelia Maria's husband was a passionate volunteer firefighter. He was 26 when he died of cancer