BHP has told a parliamentary inquiry it has no intention of gagging traditional owners but admits the mining industry must rebuild trust with Aboriginal groups. 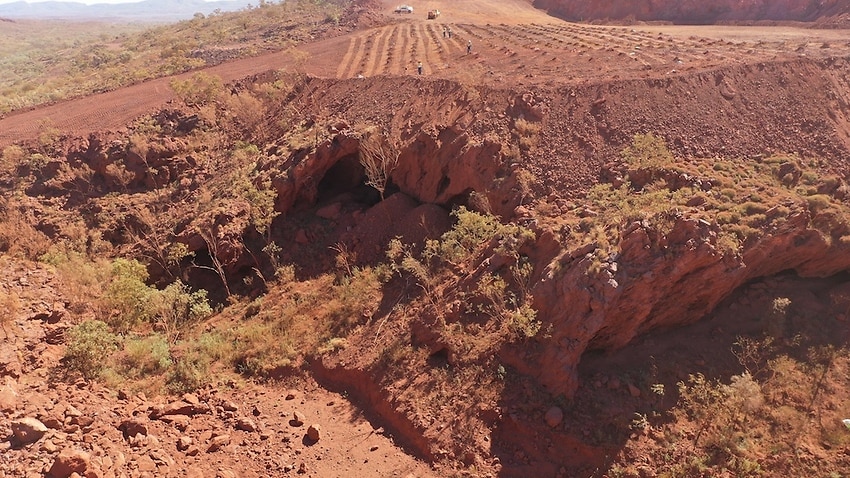 Mining giant BHP has conceded the entire industry needs to put significant work into rebuilding trust with Aboriginal land owners after an investor revolt at rival company Rio Tinto sparked by its destruction of ancient sites.

The committee is investigating Rio's blasting of the 46,000-year-old Juukan Gorge rock shelters which has led to significant backlash and prompted the resignation of CEO Jean-Sebastien Jacques and two other executives.

BHP has announced it will not act on any existing Section 18 approvals for disruption of Aboriginal sites without extensive consultation with traditional owners.

BHP has since established a heritage advisory council allowing senior BHP staff to consult directly with representatives of the traditional owners, the Banjima people.

The company's president of minerals in Australia, Edgar Basto, told the inquiry BHP had access to an independent area on Banjima country with 11 million tonnes of high-grade iron ore which it had chosen not to disturb.

"If there are issues that are difficult to resolve, what we have seen in the past is that if there is good communication and a good culture of respect between the parties, we can sort out these problems."

In its submission to the inquiry, the Banjima Native Title Aboriginal Corporation said it was disturbed by "gag orders" placed on traditional owners as part of their agreements which preventing them from publicly raising concerns.

Mr Basto said BHP had no intention of gagging traditional owners and had communicated that it would not enforce any clauses to that effect.

He said BHP prided itself on its engagement with Aboriginal people, but the industry as a whole needed to rebuild trust.

"There is something not quite right if there is more regard to protection of things (like heritage-listed buildings) that are a couple of hundred years old under the legislative framework ... than sites that are thousands of years old," he said.

The traditional owners of the Juukan Gorge sites, the Puutu Kunti Kurrama and Pinikura people, have urged the committee to visit the sites and see the full impact of the destruction.

WA's COVID-19 travel restrictions have prevented that from happening.

Oil and gas giant Woodside will front the inquiry on Monday and it's expected Rio executives will be recalled at a later date.

Rio had approval for the Juukan blast but did not tell traditional owners it had examined options for expanding its mine that did not involve damaging the rock shelters.

Experts had assigned the sites the highest archaeological significance in Australia.