An overnight deluge has triggered flash floods in the industrial towns of Nea Peramos and Mandra to the west of Athens, killing 15 and causing untold damage.

Flash floods have killed at least 15 people, made scores homeless and destroyed infrastructure in Greece after a raging torrent inundated two coastal towns west of Athens following a night of heavy rain.

In devastation locals said was unprecedented in scale, an overnight deluge on Wednesday triggered flash floods in the industrial towns of Nea Peramos and Mandra in the foothills of a mountain just west of Athens.

Prime Minister Alexis Tsipras declared a period of national mourning. "These are very difficult moments for Greece. We are living a great disaster," he said in a state address.

"Immediately and without delay support measures will be adopted for households and businesses affected," he said, without going into details. 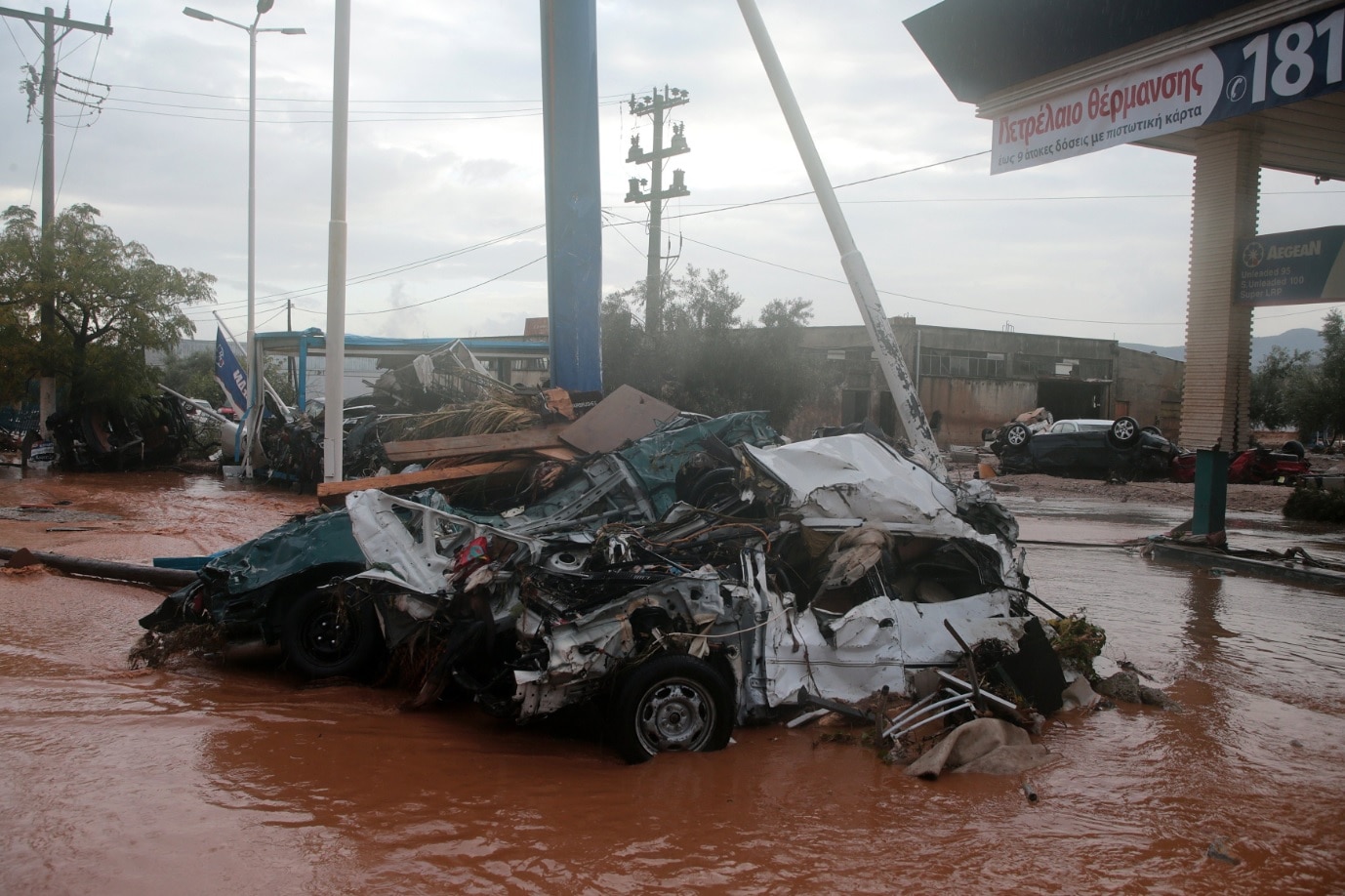 Residents said they were woken on Wednesday morning by rainwater and mud coming through their homes. As the scale of destruction became clearer during the day, large areas were covered in water and mud. In some areas floodwaters rose to the first storey of small buildings.

Torrential rain of this type is uncommon in Greece, where poor infrastructure can leave citizens vulnerable to flooding. It has been raining steadily for about a week, and the country's met office issued a new severe weather warning for Thursday.

Some residents were forced on to rooftops and balconies while cars were thrust on to porches of homes, rammed like dodgem vehicles into tree trunks or tipped on to their side.

"This is a biblical disaster," Mandra Mayor Yianna Krikouki told state broadcaster ERT. "Everything is gone." 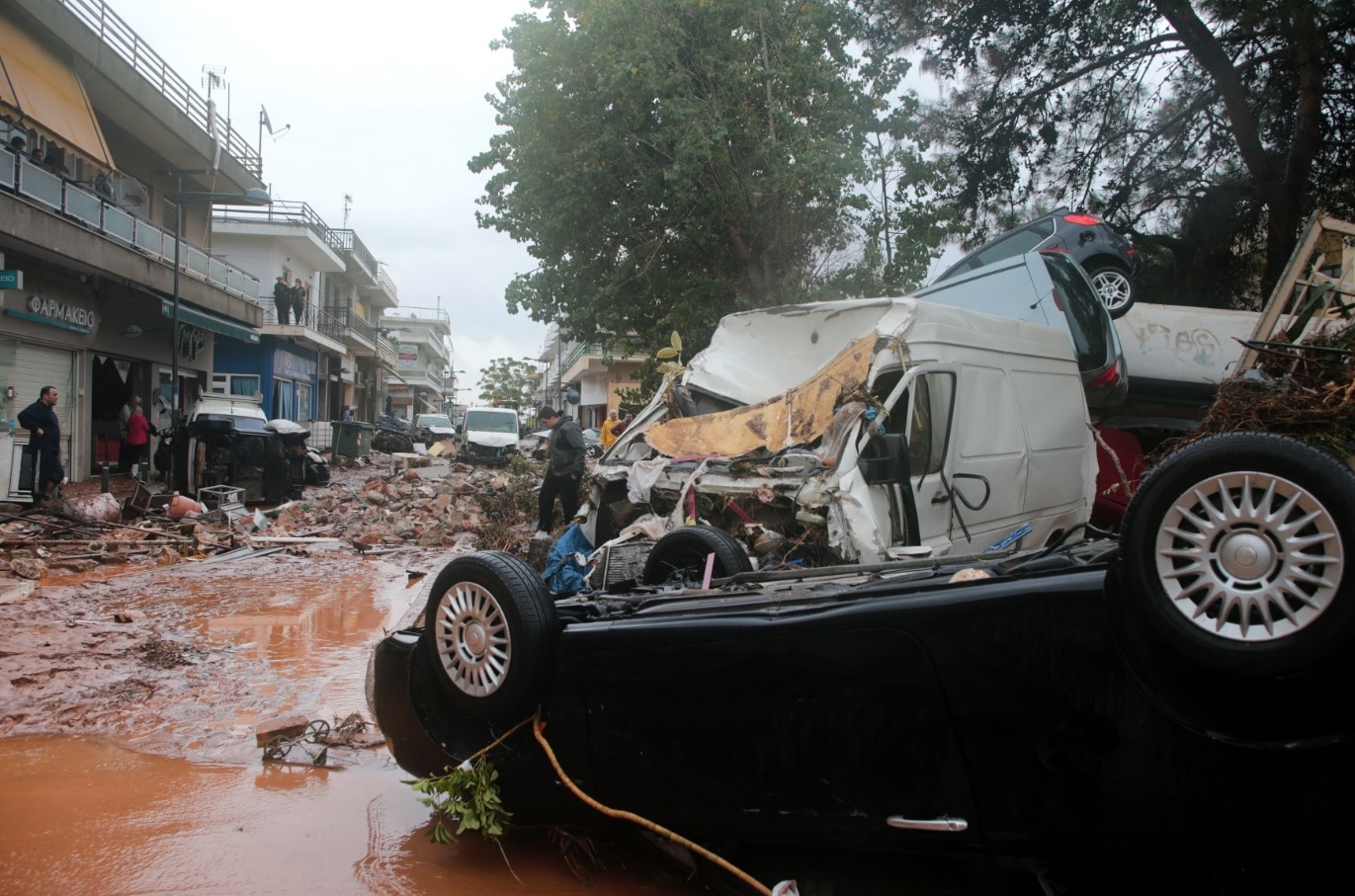 A state of emergency was declared in the region.

"The walls collapsed, the cars were carried away and they broke everything here. There is nothing left," resident Marina Kolia said. "Water is everywhere in the house."

Mandra and Nea Peramos have a combined population of about 20,000.

On Tuesday, Greece declared a state of emergency on the eastern island of Symi, just off the coast of Turkey, after a storm swept cars into the sea, damaged homes and cut off electricity and water supplies. 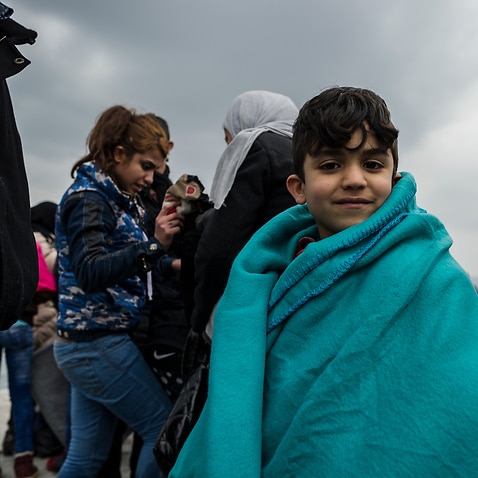 Boat with 310 migrants stopped in Turkey on way to Greece 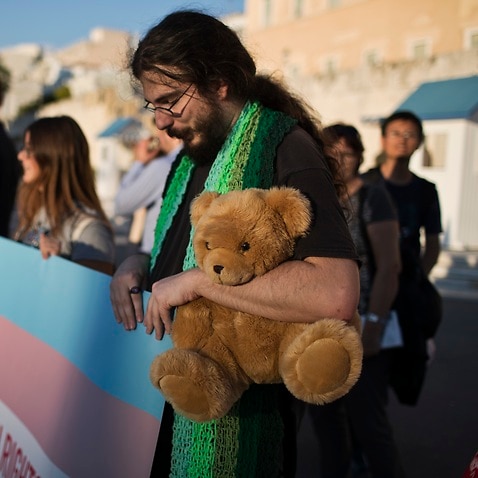