The government's revived proposal that threatens to break up power companies that are found to be raising prices unfairly has been introduced to parliament.

Energy companies could be fined tens of millions of dollars or even be split up under a revived Morrison government attempt to lower power bills.

Treasurer Josh Frydenberg has introduced the so-called "big stick" legislation to the lower house on Wednesday, which threatens to break up big power companies if they are found to be jacking up prices.

Mr Frydenberg insists it will lead to more competition in the industry and therefore result in lower power bills. Under the proposal, the Australian Competition and Consumer Commission has a range of penalties it can seek to use against an energy company based on the seriousness of its conduct.

For the most serious offences, the competition watchdog can recommend to the treasurer to pursue a court-ordered divestiture, for both private and government-owned companies.

"The bill does not empower the court to order privatisation," Mr Frydenberg said.

"This ensures the relevant asset remains in government ownership while still addressing the misconduct in question and promoting competition." Energy giants would be fined the greatest of $10 million, three times the value of the benefit it received through its illegal conduct, or 10 per cent of the company's annual turnover in the year before the conduct occurred.

The coalition's first version of the bill lapsed at the May federal election, and the legislation notes that the industry's major players were consulted in June and August this year.

The sector wanted to remove conduct around retail prices - which requires electricity retailers to pass savings on to consumers - but the government has refused, saying it would undermine the point of the bill.

However, energy giants will only have to pass on savings in market offers, not standing offers. 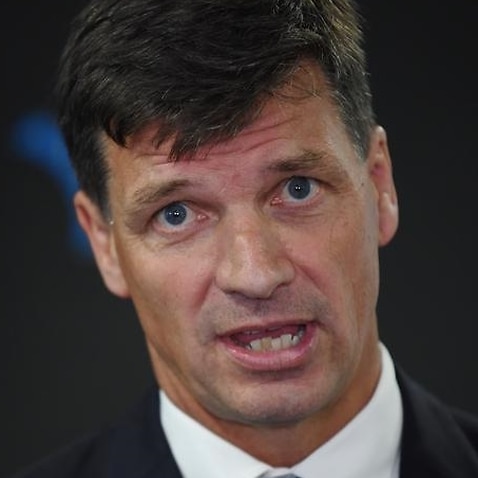 Labor staunchly opposed the bill in its first life, and are now running a fine-tooth comb over the legislation to see how it differs from last year.

Both the energy industry and the business sector argue the regime will scare investors away and therefore lead to higher power bills.

"It simply creates an atmosphere of uncertainty and it heightens risk in the industry, and what that means is higher costs for everyone," Australian Energy Council chief Sarah McNamara told ABC News on Tuesday.

She says the laws are being pushed for "political purposes", arguing the bill hasn't been put together in response to any known misconduct. "We don't agree with this legislation, we don't think it's the right way to encourage investment," she told ABC radio.

Meanwhile, a new report has found the ACT is the first major jurisdiction outside of Europe to transition from fossil fuel-based electricity supply to 100 per cent renewables.